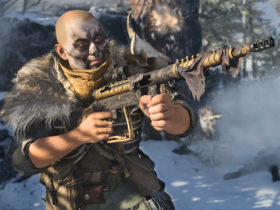 Snipers Call of Duty: Warzone are finally being addressed

Over the years, we’ve seen an awful lot of gaming consoles come by, but a lot more controllers. But which controller is the best? Here are five reasons why the one from the Dreamcast is WANT editor Dennis Mons’ favorite.

I’ve had lollygagging game consoles. You should if you’re from ’77. From the “TV computer,” a simple device with Pong on it, I moved on to advanced consoles like the Atari 2600, the MSX and later the Amiga 500. But that was just the beginning.

Dreamcast controller is and remains lord and master

Apart from the fact that I also really did enjoy games on the PlayStation, SNES, Mega Drive, N64 and many more, for me, the console of choice was the Sega Dreamcast.

This particular device, released in 1998, exuded only one thing: gaming! And one of the most striking things was that it was the very first gaming console that allowed you to play online (ChuChu Rocket!). 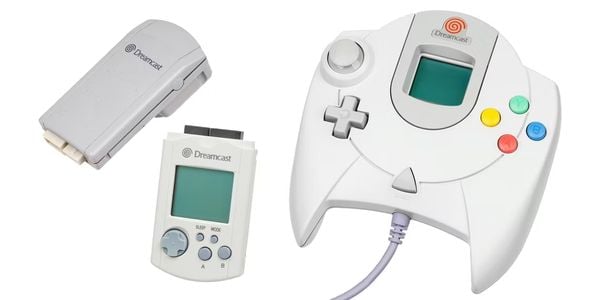 Curious but SO good. (Image: Sega)

#1 Memory card with a screen

The first thing that stood out was the VMU, or Visual Memory Card. You plugged this into the controller which gave you a second screen with information about the game you were playing.

Even more intriguing was that you could put mini-games on it. So that way you had not only a powerful game console, but also a cute handheld that you could play on without the console. 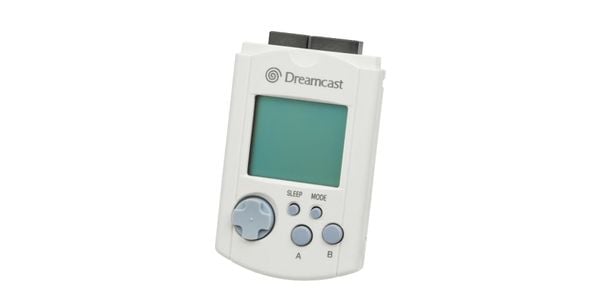 Another brilliant design detail was that you could plug two accessories into the controller. So it was possible to both use the VMU and add a rumble pack. A luxury that N64 gamers did not have at the time as they had to choose between them because of one port.

#3 Kept your cable in place

The Dreamcast controller had one drawback, but Sega managed to solve that well. Due to the fact that there were two ports on the top of the controller, the cord was on the bottom. As a result, controllers were sometimes pulled down if there was any tension on the cable.

The solution turned out to be simple. Sega made a reet for your cord so that it still protruded forward. 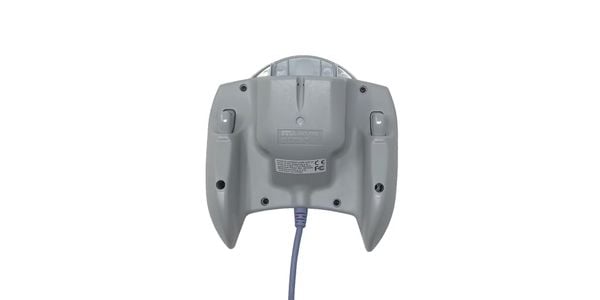 #4 Motion Controls on a separate controller

Everyone credits Nintendo for popularizing motion controls on the Wii, but that’s not entirely justified. Dreamcast may not have been the first console to introduce it, but it was the first to make it mainstream.

Motion control, however, was only found in another special controller: a fishing rod. With it, you could fish realistically in the game Sega Bass Fishing. There was even a crank on the side for angling fish in.

#5 The hefty guy from Dreamcast

This is a very personal point, but as a tall lanky guy with equally long fingers, I found myself fiddling with those tiny controllers of competitors. The Dreamcast had a hefty controller and it made me very happy. Ergonomically, it was perfect for me.

Sure, The Duke from the original Xbox was just a tad bigger, but it really didn’t sit comfortably in the hand. Thanks to the deep grooves on the back of the Dreamcast controller, you could easily put your fingers around it, rather than frenetically grasping a gamepad. 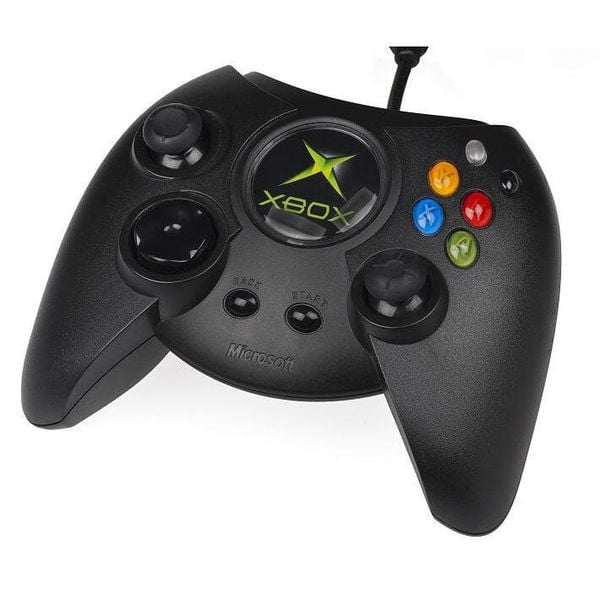 Okay this was also a hefty unit. (Image: Microsoft)

All in all, the Dreamcast was a severely underrated console that went down due to Sega’s curious decisions, among others. Hopefully another company will once again dare to compete with the big three game console manufacturers. Fortunately, there are still plenty of ways to play classic Sega games.