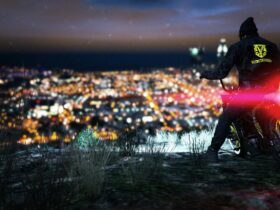 6 things we already know about the next Grand Theft Auto

Pokémon Scarlet & Violet is coming to the Nintendo Switch this year. Jeroen has been keeping a close eye on the developments and revelations lately. He tells you exactly what you need to know about the new games in this article.

Pokémon has been one of the popular game series for decades. The concept has been the same for years: catch all the Pokémon in the region and, in between, defeat all the trainers that come your way. Take on gym leaders and collect all the badges to become the ultimate trainer. While this concept remains the same in Scarlet & Violet, there are a few things that change.

These are Pokémon Scarlet & Violet

Pokémon Scarlet & Violet is already the ninth installment in the series. Then we are only talking about the main series and not about all the spin-offs and remasters/remakes. Then we would already arrive at 122. That shows how popular the games and the little creatures are.

#1 The first real Pokémon game with an open-world

Nintendo is not much for experimenting with Pokémon. As such, the games have been in a set pattern for years. In Pokémon Sword & Shield, however, we were introduced to The Wild Area for the first time. A small open-world in which the player can go in any direction. In Pokémon Arceus, this option has already been expanded, and Scarlet & Violet adds to it.

In total, you can follow three stories in the world. The first is the traditional gym line where you earn your badges. Sounds familiar! However, there are two other lines that take a different approach. How exactly that will work is not yet known, but count on innovation!

Each new Pokémon game is based on the real world. For example, the first volumes are set in Japanese regions. Starting with Black & White, other countries and territories are being visited. For example, New York, Hawaii, France, and Great Britain have already been featured.

In Scarlet & Violet, the setting this time is the Iberian Peninsula. So you play in Spain and Portugal. So not only will the houses look a tad Spanish, but the Pokémon will also have an Iberian flavor. So it’s waiting for a Snorlax to take a siesta. Muy bien!

#3 The starters of Pokémon Scarlet & Violet

You can immediately see that Spanish touch in some of the Pokémon you can start with. You can choose from Sprigatito, Fuecoco, and Quaxly. Here, creator Game Freak is not looking for innovation. They are, as always, a grass, fire, and water Pokémon. Will you go for the duck, the fire crocodile or the curious cat?

Just as traditional as the starters, of course, is your rival. In every game, you have different trainer that you go up against. This time, it’s Nemona. According to the Pokémon website, it’s a person with a sunny and energetic character. Hearty fun, of course, but you just want to see that one go on the record.

#5 The legends in Pokémon Scarlet & Violet

Of course, with a new game comes legendary Pokémon. In Scarlet & Violet are Koraidon and Miraidon. The first a dragon/fighting type, while the other is dragon/electric. What stands out is that one has a traditional look and the other is more of a modern version of a dragon with technical gadgets. 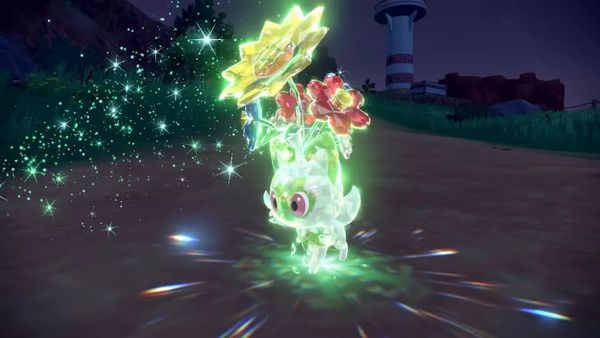 Multiplayer has been a part of the Pokémon games for a long time. In the early versions, you had to do that via a cable, but these days, of course, it’s via the Internet. This time, you can do more than just fight each other and trade Pokémon. For example, in this installment, it’s possible to go out together for the first time. A total of four people can do this.

#8 When will the new game be released?

Last, of course, you want to know when to expect the game. The release date is scheduled for November 18, 2022.

Wondering which Nintendo Switch games to play in the meantime? Then be sure to read the article below!