Nintendo Switch in 2022: 5 top games to look forward to

Yesterday it was announced that Microsoft will be acquiring publisher Activision Blizzard for a bizarre sum of some $70 billion. And that seems to be good news for anyone who owns Xbox Game Pass.

Xbox Game Pass is a subscription service. When you have it, then you can play certain games that Microsoft releases themselves on it from day one. Several classic games can also be experienced that way. And it looks like the Activision Blizzard games are going to be part of that.

Call of Duty and more to Xbox Game Pass

When we look at Activision Blizzard’s portfolio and the games that could well start appearing on Xbox Game Pass, Call of Duty immediately comes to mind. But a large number of other games could also be looking at it. It is just not yet known when that will happen. According to Microsoft, the plan is to bring as many games from Activision Blizzard on the service as possible. But at the same time, it has also become clear that the full acquisition still has some bumps to overcome. For example, competition authorities must approve the acquisition. Especially with such a large acquisition, there is a chance that a monopoly position will be created in certain areas. 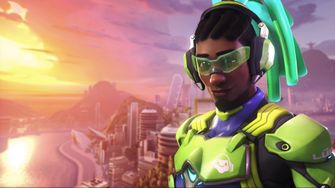 Overwatch 2 soon to be on Game Pass? (Image: Blizzard)

But if everything goes through the way Microsoft has it in mind, there’s a good chance you’ll soon be able to start playing a few games from the catalog on Xbox Game Pass. Besides Call of Duty, Tony Hawk comes to mind first, but a few Blizzard titles could also get on there this way. Overwatch is one title that could be released for free on the service this way, for example. Diablo III would be another good title to play that way. And then you have the remake of Crash Bandicoot and the latest installment that could be perfect for it. In short, plenty of goodies to look forward to.

There is also the question of what will happen to future games. It seems logical that those will come out on Xbox Game Pass. But will Call of Duty still be available for the PlayStation 5? That remains to be seen. Rumor has it that the games will continue to be released, but certain features will be exclusive to the Xbox platforms.