Microsoft’s acquisition of Activision Blizzard is one like we’ve never seen before. And what impact that’s going to have on Sony, for example.

Because ultimately this is going to cause fewer games to come out on Sony’s PlayStation 5. So the big question is what the move is going to be from the company from Japan. Analysts think that there will be more acquisitions.

Sony sets its sights on EA

Because according to an article by The Hollywood Reporter, those plans are said to be in place. At least, that’s what analysts expect. They are analysts from the company Enders Analysis who revealed already last week that Sony would prefer to acquire Electronic Arts. However, the company would have a market value of $37 billion. That is half of what Microsoft paid for Activision Blizzard, but then that company has a bit more money at its disposal. 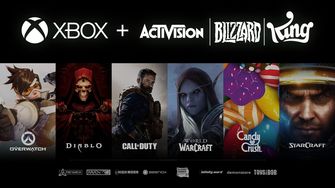 The acquisition of Activision Blizzard by Microsoft (Image: Microsoft)

If Electronic Arts were too expensive for Sony, analysts say the company could look at alternatives. Then you would end up with companies like Ubisoft and Take Two. These could be acquired by the company from Japan for about half the price. Otherwise, it can continue on its chosen path, slowly but surely taking over small studios. Some time ago, for example, it bought the creator of the rather brilliant Returnal.

Disney in the mix

In addition to Sony, investors say Disney is also interested in taking over EA. This is because then it would be able to work well with ESPN which is also part of the company. That way there would be a logical cross-pollination. Whether that will happen, only time will tell. Want to read more about everything related to gaming? Then visit our overview page here.