In case you’ve been keeping up with gaming news every day, chances are you’ve already seen this news pass by. But if you’re like me and have had a few days off, this Tomb Raider deal is perfect to start the new year off with.

Back in the old year, we wrote about the Epic Game Store and the various games they offered there for free. In 2022, they continue in a nice way and now you can score the Tomb Raider trilogy completely for free.

All you have to do to get your hands on these Tomb Raider games for free is to head over to the Epic Game Store. If you scroll down the page, you will see the games under the heading Free Games. If you are logged in, you can click on one of the games and add them to your account. You don’t necessarily have to be on the PC you’re going to play them on. You can also do this on your smartphone or other device. Moreover, you don’t have to do it right away. The games are free to play until 6 January. 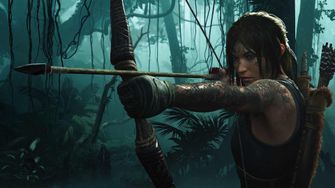 The games in question are 2013’s Tomb Raider and its successors ‘Rise of’ and ‘Shadow of’. Those games came out in 2016 and 2019 respectively. Although they are no longer the latest games, they are titles that are still worth a lot today. Especially if you start the new year with a few days off. What’s more, they’re also great titles to play on your PC, because that way you can turn on all the bells and whistles and enjoy Lara’s hair dancing in the wind and the light effects just that little bit better.

By the way, the Tomb Raider series celebrated its 25th anniversary last year. Because of the corona crisis not much was done with it. They did say they were working on a new part. Hopefully we’ll get to see more of it this year.