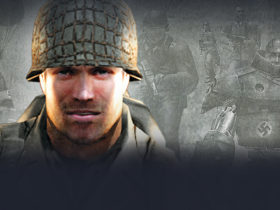 This absolute classic is now free to play on Steam

When it comes to the number of game consoles sold, you know that the Xbox never does that well in Japan. The Japanese gamer prefers to play on a Japanese game console, such as the PlayStation 5.

And every week when new sales figures come out, you also see that the PlayStation 5 is doing well and the Xbox is doing a lot less. Last week, for example, nearly 50,000 copies of the PS5 were still sold. But this week was different.

PlayStation 5 defeated by the Xbox

Because this week the Xbox Series S sold 6,120 copies in Japan. If you compare that to the PlayStation 5, it didn’t come out higher than 2,693 copies. And so that means that Microsoft has managed to beat Sony domestically. That has happened before with game consoles within the Xbox family, but it doesn’t happen often. In fact, the last time was in 2014, which is already eight years ago.

Not since the launch of the Xbox One has Xbox outsold PlayStation in Japan.

Should Sony now be concerned that no one in Japan wants to buy the PlayStation 5? No. This probably has to do with the shortages of Sony’s game console. That while the Xbox Series S does have a generally good availability. That’s because that game console uses a different kind of chip, which is not as scarce worldwide as the chips used for the PS5 and Series X. In that respect, this seems to be mostly a case of supply and demand. The supply of the PS5 is not there, so the releases are going to alternatives.

Will there be improvement?

The big question, as far as that goes, remains when the PlayStation 5’s shortages are going to end. Sony expects to bring more game consoles to market this year, which will hopefully make the game console easier to get.