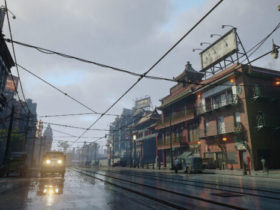 A new Mafia game is coming, but are we waiting for it?

If you are a fan of Call of Duty Warzone and Vanguard, you have time this weekend to extend a nice ending to the first season. Because starting February 14, you can get started on the second season.

The second season of Call of Duty Warzone and Vanguard is actually long overdue. But a few weeks ago it was already known that it would be delayed. Now that it’s almost here, however, it’s high time to take a look at what you can expect.

With Call of Duty Warzone and Vanguard Season 2, you will of course get a new Battlepass. This consists of 100 Tiers and comes with two new weapons, among others. They are the KG M40 Assault Rifle and the Whitley LMG. The former is a weapon that was used by the armies in Scandinavia. It is a full automatic weapon, with many customization options in the Gunsmith. The second is ideal for enemies who are at a medium or long range. You can also unlock a Sticky Grenade Lethal Equipment and an Armory and Mechanic Feild Upgrade in the Battlepass. If you buy the Battlepass, then you get Task Force Yeti Operator Anna Drake immediately, The other Yeti Operators in the form of Thomas Bolt and Gustavo Dos Santos you unlock later.

For Call of Duty Warzone, there will be some changes with this second season. For example, you’ll have to deal with Nebula V. In combat, you can find special bullets with this stuff. If you then shoot them, it creates a gas. This makes it harder to revive players. You can also use it to make bombs. Furthermore, you have to deal with armored cars, new points of interest and a bomber plane.

For Call of Duty Vanguard, just like with Call of Duty Warzone, you get some new content. There are two new maps that are planned. First, you have Casablanca. It’s a medium-sized map with three ‘lanes’ and a market in the middle where there’s likely to be a lot of combat. The second is Gondola. Here you can see the enemy from a great distance, which makes it seem ideal for players who love to snipe. Furthermore, you get a Ranked Mode in the game. This is especially nice for those who want to play very competitively. 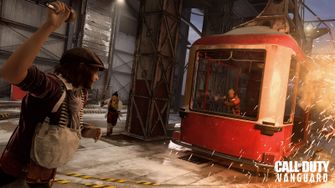