Following in the footsteps of other major game studios, Bungie may be releasing a mobile version of its most popular game, Destiny. The game will be released on iOS and Android, according to rumors.

Since Sony took over developer Bungie, both companies have been keen on releasing Destiny on different platforms. So soon we may be able to play the game on our iPhone and Android devices. Even the Xbox is not excluded, but you’ll be playing via Cloud.

Like Microsoft, however, Bungie is chasing bigger successes. The former released a TV show about the game HALO, for example. Bungie, too, is now looking at the possibilities of giving the IP a place on other platforms, separate from gaming. So a show on major streaming services is also still on the cards. 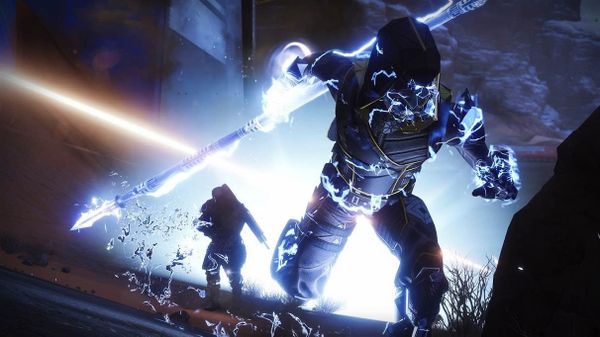 There is little chance that it will be a port of Destiny 2. (Image: Bungie)

For the release of the iOS and Android versions of Destiny (again, not confirmed), Bungie is partnering with NetEase. The Chinese company has been a shareholder of Bungie since 2018. On a LinkedIn profile, NetEase is at least looking for a creative collaborator to take on a project. The project in question is an “as-yet-unannounced first person shooter.” Gee, what would that be?

Although it’s a matter of looking at the coffee table, the chances of a mobile version of Destiny coming out are high. According to insiders, Bungie has been working on the project for two years now. CEO of Bungie, Pete Parsons, previously stated that NetEase has “a tremendous amount of experience in terms of mobile gaming, which we don’t have.”

However, don’t expect a direct port of, say, Destiny 2. It’s more likely to be a game in the same universe. The hardware of cell phones is simply not yet fast enough to run a First Person Shooter like Destiny 2. Well, maybe with the new Asus ROG Phone 6 Pro it will.

Bungie and Sony are obviously not the first parties to release AAA titles on mobile. One of the most famous is Skyrim that even runs on a refrigerator thanks to Android.

But the Pokémon series, PUBG, Minecraft and Call of Duty have also made the switch, the biggest game franchises in the world.

So when we will get concrete facts about Destiny on mobile is not yet known. Perhaps Gamescom in August or E3 next year will answer it.