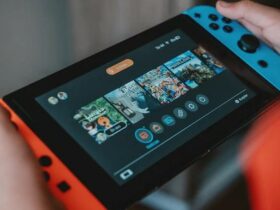 If you have an Xbox, then it is more or less a must to have the Xbox Game Pass in your house. This gives you access on day one to the games that Microsoft publishes itself. But also several other games are released for free on the service.

In that respect, the Xbox Game Pass can really be called a good investment. Yet Microsoft continues to try to persuade any doubters. For now you can get Marvel Unlimited for free.

By the way, this is a temporary offer of Marvel Unlimited. With an active subscription to Xbox Game Pass Ultimate, i.e. the more expensive version, it is possible to enjoy the service for three months. However, it only applies to those who have not previously subscribed to the service. So if you already have a subscription, then unfortunately you’re missing out. With the service you get access to 29,000 digital comics. Normally you pay about 10 dollars a month for that. For a period of three months that would be about 30 dollars. That’s a nice bonus.

An active subscription to Xbox Game Pass Ultimate will cost you about $12.99 a month. Or you pay it for three months. Then you’ll spend 38.99 euros. So per year you pay about 160 euros. That’s a lot of money for a subscription service. But if you consider that last year through the service you already score games like Forza Horizon 5 and Halo Infinite, then you have it off quickly. Plus you have games like Guardians of the Galaxy and Rainbow Six Siege that recently came out on it. And you can soon go wild with MBL The Show 22. In short, you already get a lot with it. And this kind of extras makes it all the more fun.

It is true that with this Xbox Game Pass Ultimate offer you need to pay attention. There is a good chance that after three months of Marvel Unlimited you will get an automatic renewal. If you do not want that, you should change your account settings.