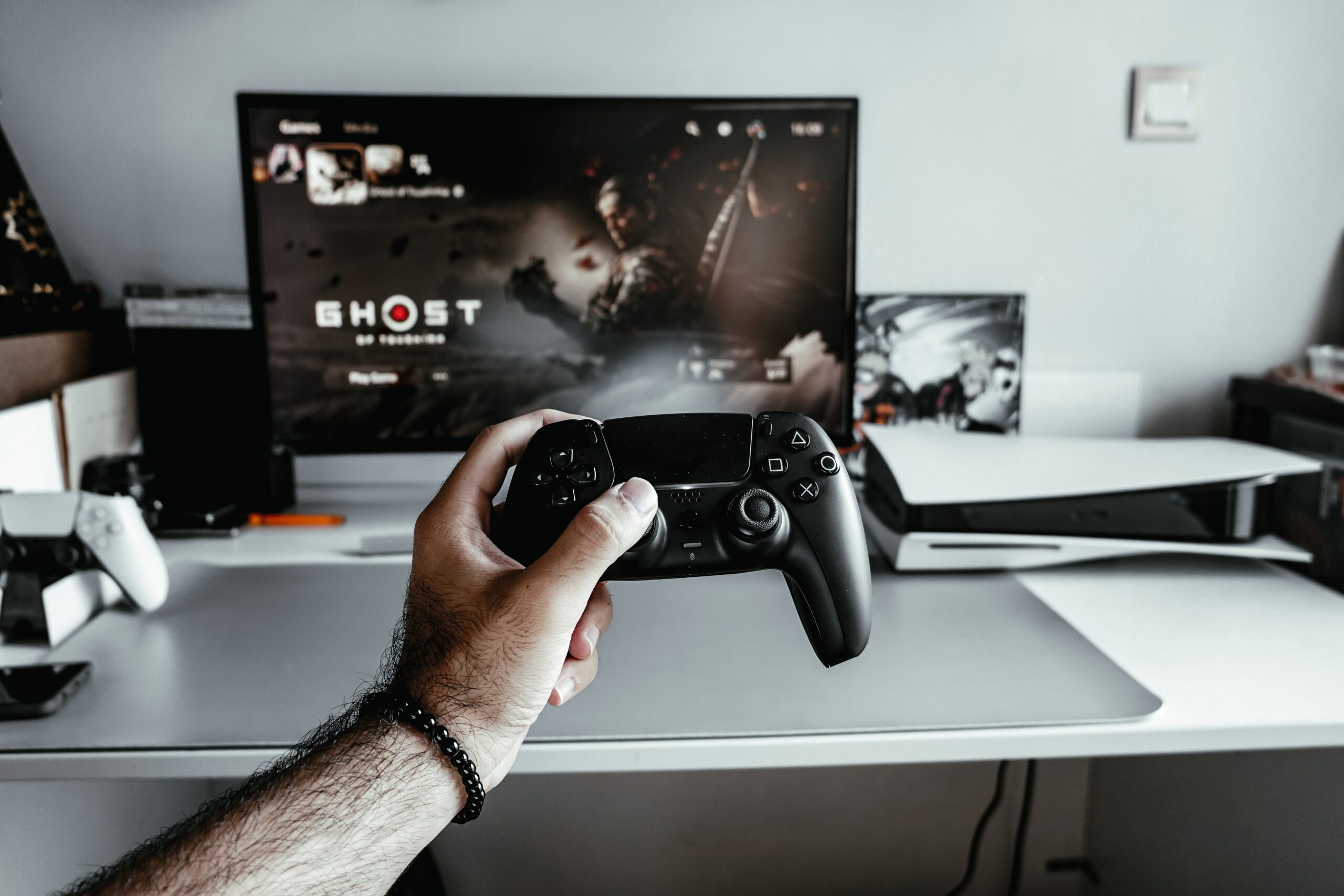 When Sony releases its new PlayStation 5 (and fixes its problems)

Elden Ring has been out for a week now and hopefully you are enjoying it to the fullest. Or maybe you just started it because you wanted to finish Horizon: Forbidden West first.

Elden Ring, like the various Souls games, is a tough title. Especially when you start the game, you are already struggling against an average opponent. Fortunately, you can collect Runes in the game. With these, you then have the opportunity to level up and better arm yourself against the strong enemies. But how do you easily collect a lot of them?

When you’re just starting out, a standard enemy is already tough. But after you live a while and have scored some Runes, you can level up. The first levels are fairly cheap and the leveling up goes fast. But with each new level, the requirement for obtaining the next level is higher. So you have to grind when you’re stuck somewhere. Where is the best place to do that? 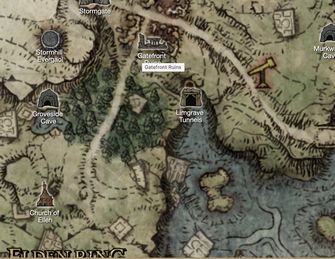 I myself started at the beginning of the game in Gatefront Ruins. That is located north-east of where you start the game. Here you’ll find a few Stormveil Soldiers and a single Godrick Knight. The latter can put up some resistance, the rest are not too bad. Per kill you get something like 60 Runes. Because there are about ten of them, you’ll get about 600 Runes per run here. At the beginning that’s nice. But eventually you want more.

In that regard, I often take my horse and start from the Gatefront Ruins and travel east. Along the way you’ll encounter quite a few enemies that are good to finish off on horseback. Across the bridge, in the direction of Waypoint Ruins, you will encounter two trolls pulling a wagon. At first you may be scared of such a troll, but these rascals are really easy to kill. The only thing they do is stamping on the ground. Run around them and hit them and you’ll finish them off easily. Per kill you get 1,000 Runes. With the enemies you encounter along the way, you’ll get about 4,000 Runes per run. And then the leveling up goes pretty fast. 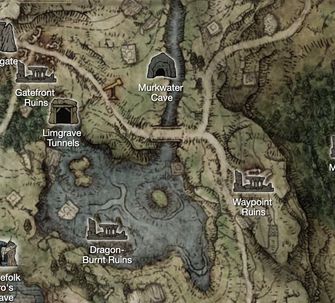 Are you already a little further into the game? Then you can go for the serious work and grind in the far east. This will take you to Fort Faroth, which is located far east of Limgrave. Fortunately, to get there you can follow a main path, so you do not encounter too many difficult enemies. And in between, try to pick up as many Site of Graces as you can. On the one hand to not travel too much when you die and on the other hand because you can use them again later. If you are not too high in level, it is recommended to travel with as few Runes as possible. 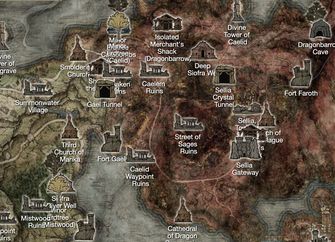 For Faroth is on the far right of this image (Image: Elden Ring Wiki)

On the outside of Fort Faroth lies a huge dragon. And the great thing about this mother dragon, is that she doesn’t fight back. She does, however, have baby dragons who do the fighting for her. These rascals are irritating, but not impossible to defeat. But more importantly, if you manage to defeat them, they provide 3,500 Runes each. It is also possible to defeat the mother dragon. If you do that, then you’ll grab a whopping 80,000 Runes. Still, that is not recommended. When you do that and you go to a Site of Grace, then the baby dragons don’t respawn. If you leave her alone, then the dragons will keep coming back and you’ll pick up a lot of Runes that way. So let the leveling up begin!

Want to know what we think of the game? Then read the review here. And you do not have the game yet? Get it quickly here.