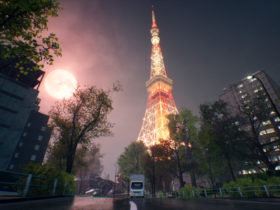 Preview: Ghostwire Tokyo has a lot of potential, but is it enough?

When you think of soccer games, you probably think of the FIFA series. Since the series began in the mid-1990s, it quickly grew into an iconic series. Yes, there was a period when Konami was better with its Pro Evolution Soccer series, but that hasn’t been the case for years.

Yet Electronic Arts has now decided to say goodbye to the FIFA series. At least, in terms of its name. From the summer of 2023, the publisher’s soccer game series will be called EA Sports FC. It announced this on its own website.

Why is Electronic Arts doing this? Well, in large part because FIFA simply wants more money for using their name. While the publisher doesn’t get much more in return. Because licenses were never really attached to the name. The publisher simply had to buy them from the various leagues. In that respect, not much should change. The company says it has 300 licensing partners to offer the same kind of experiences. These include exclusive partnerships with the Premier League, La Liga, Bundesliga, Serie A, the MLS and more. The Eredivisie is not mentioned here, but that is probably because it is not an exclusive partner.

By the way, FIFA 23 will still come out, as its license runs until the end of this year. But perhaps it will then be called EA Sports FC 23 from January 1, 2023. In the game you just go wild with modes you know. Ultimate Team returns, as does VOTLA Football, the Career Mode and Pro Clubs. There are 19,000 players in the game spread over more than 700 teams, 100 stadiums to play in and 30 leagues to experience. At the same time, EA states that this way it has more freedom to do things.

FIFA 23 would additionally be getting World Cup content, as that tournament is scheduled for the end of this year. And then in July 2023, we should start to see what the future of the series is going to be under the heading of EA Sports FC.