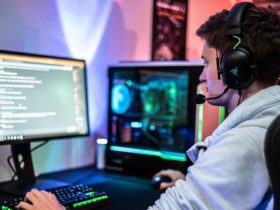 5 Windows shortcuts every gamer with a PC should know

In 2020, Activision released the delightful remake of Tony Hawk’s Pro Skater 1 + 2. This allowed you to experience old-fashioned good gameplay in a new guise.

I had a lot of fun with Tony Hawk’s Pro Skater 1 + 2, but I wasn’t very good at it. I was already happy if I could combine a few tricks together and eventually complete some levels. What this gamer does is really next-level in terms of skills as far as I’m concerned.

The gamer in question is named Steve Wozniak. In case you know anything about the history of Apple, the name probably looks familiar to you. Yet that is a coincidence. This namesake has nothing to do with Apple. According to himself, he is an engineer and web developer and lover of Tony Hawk’s Pro Skater 1 + 2. Instead of just playing it out, he wanted to raise the bar. It had to be a speedrun, in which all the goals in a level were achieved with a single combo. That sounds impossible, but he still managed to do it, as you can see in the video below.

In about twenty minutes he rips through Tony Hawk’s Pro Skater 1 + 2. Each level he starts right away with a stunt and combines it together. Along the way, he picks up whatever is needed and performs the various stunts. By the way, he completes the 11 levels that have goals you can complete and are part of the game’s speedrun mode. Within about ninety minutes he goes through them. That’s not the fastest speedrun ever, some do it in about 16 minutes, but completing each level completely with a single stunt, that’s really different stuff.

Time for a new part

With the remake of Tony Hawk’s Pro Skater 1 + 2, it became clear that the game series is still very much worthwhile in these modern times. As far as that is concerned, there really should be a new part of it. Perhaps the takeover of Activision Blizzard by Microsoft has made that a little easier.