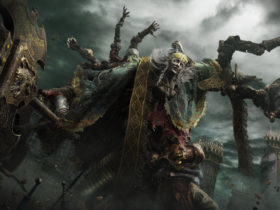 Pause Elden Ring? With this trick you get it done

If you enjoy games a little longer, chances are you used to enjoy Max Payne. And now there’s good news. In fact, the first two games will feature a remake.

The original developer Remedy Entertainment has announced that. They did so on their own website. The remake is being made in collaboration with Rockstar Games, who have the rights to the Max Payne series and released the third part a few years ago.

So Remedy is working on a remake of Max Payne 1 and 2. It will be released as a single game, which means you score the two games for the price of one. The games are in development for the current generation of game consoles. So that means the game will be made for the PlayStation 5, Xbox Series X and the PC. So the old generation game consoles are not going to get the game. That also hopefully means that the developer is going to take advantage of the power that the new game consoles bring.

In terms of budget, Remedy Entertainment states that it is about the same as an average game that the company makes. In that regard, it should be a game made on the same level as games like Alan Wake and Control. In this regard, it helps that it will be a game commissioned by Rockstar Games. They will take on a large part of the cost. But don’t expect the game anytime soon. According to the creator, they are in the so-called concept development stage. In that regard, the game would probably not be released until late 2023 at the earliest.

Max Payne 1 and 2 are true classics. In large part this is because of the action, where by jumping you can activate bullet time. At that point, the environment around you slows down and you can shoot easily. At the time, it was something reminiscent of the Matrix series. In addition, the story with its grim undertone also managed to grab players. Want to read more about gaming? Then visit our overview page here.