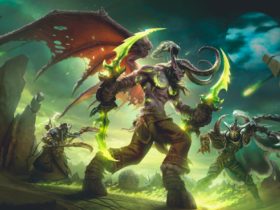 Hell froze over: Enemies now work together in World of Warcraft

Tonight Sony held its new State of Play presentation. During that digital event, the company showed what’s coming out in the near future. One of the important announcements can be found in the fact that Resident Evil 4 is getting a remake.

The remake of Resident Evil 4 will not only come out on the PlayStation 5. Gamers with an Xbox Series X will also be able to get their hands on the new game. And there is also a version for the PC. In any case, the trailer promises a lot.

Resident Evil 4 is still a while away. The game is now scheduled for release on March 24, 2023. But we’ve seen often enough in the past that dates like that aren’t sacred and delays end up happening. It does help that the project has been in development since 2018. Moreover, it is therefore a game based on a classic that was released back in 2005. In that respect, there are plenty of reasons to believe that the game will just come out. Check out the game’s first trailer below.

According to the creators of Resident Evil 4, on the one hand, this remake should be faithful to the adventure of the time. But at the same time, there is also a lot of room for improvement. Of course, in the area of visual presentation. Because as with other remakes in the series, the game will be polished up quite a bit and marketed as a modern game. In addition, I can imagine that certain story elements in the game will be made a bit more modern. That way it is a little less cringey.

The developers are at least happy that they can now talk about the remake of Resident Evil 4. In doing so, they state that the game was a groundbreaking title at the time and that they hope to delight new gamers with this remake, while at the same time offering a modern adventure to the fans of the first hour.