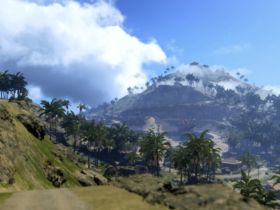 With an active subscription to Xbox Game Pass you have the opportunity to experience many great games for free. From day one it is possible to play games that are exclusive to the Xbox, but there are also many other great games available.

On their own blog Microsoft has announced what you can expect soon on Xbox Game Pass. And there is a lot of good stuff in there. Especially now that the new F1 season is about to begin.

For appearing on March 24 F1 2021 as part of EA Play on Xbox Game Pass. That will be just a little while after the first race of the season, which is scheduled for this Sunday. And yes, you’ll be driving last season’s cars, which are really different in many ways. But since the new part will probably not come out until sometime in August or September, this is a nice addition to the library. You can then spend the next six months around the races experiencing it for yourself in the game. In addition, the game comes with a nice Story mode and there are several online modes to get loose in. 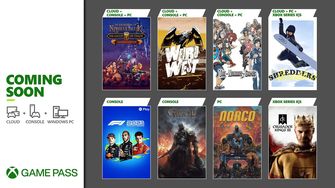 In addition to F1 2021, you’ll be getting a few more fun games on Xbox Game Pass over the next few days. Although the weather keeps getting better, tomorrow you’ll get the opportunity to go wild in the snow. Shredders is a new snowboarding game where you can show what you can do. On the same day appears The Dungeon of Naheulbeuk: The Amulet of Chaos. It’s a funny RPG, where you get to work with a team of clumsy heroes. It’s nice that it’s free, because it doesn’t sound very interesting. On March 22 you can get started with Tainted Grail: Conquest. It is a game where the map changes every time and therefore you can go loose with the roguelike game for a long time. On the same day also appears Zero Escape: The Nonary Games. A game that is nice and spicy.

In addition to the aforementioned F1 2021, on March 24 you will also get the game Nocro on Xbox Game Pass. It’s a narrative point-and-click adventure, where your brother Blake goes missing after your mother dies. It’s up to you to find him. A few days later, on March 29, you get Crusader Kings III. The game has been out for a while on PC and now you can start experiencing the strategic game on the console as well. We close this month’s list with Weird West. That game will be released on March 31. Want to read more about gaming? Then visit our overview page here.