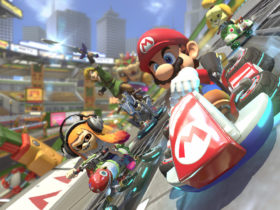 Mario Kart king? Then you won’t want to miss this Nintendo Switch tournament

With Stadia, Google hoped to turn the gaming world on its head a few years ago. It’s a streaming service, which means you don’t have to have an expensive game console to play your games.

But Stadia never became a real success. At first it was because the games via streaming didn’t work quite right. And then you had to deal with the problem that there were not really more games released on it. And now Business Insider states that the company has plans to part ways with it.

Google appears to be quitting Stadia

The news of Stadia comes from the fact that the division’s boss, Phil Spencer, now has to report to Google’s vice president of subscription service. Before that he had to report directly to Rick Osterloh, who is the boss of everything hardware at Google. This would be due to disappointing sales of the controllers and the number of subscribers to the service. This would be the first step towards a complete departure from the service. It could well be that the techniques will be used for other services. For example, it has already partnered with Peloton’s fitness bikes, allowing users to play a game while riding one. Also, several internal studios have already been closed. Still, the service’s Twitter account doesn’t want to hear about it.

If you hear one thing, hear this: The Stadia team is working really hard on a great future for Stadia and cloud gaming.

We hope you agree, and we know the proof is in the playing.

Now I get that such an account states such things. Still, it’s just really questionable what’s going to happen with Google Stadia. Last year a lot of games were released on the service, but for this year the plans are not very clear. And so the lack of that perspective increases the rumors about the future of the service.

Moreover, you also just have better alternatives on Google Stadia. For example, consider Xbox Game Pass. With that you can also stream games and the selection is generally better.