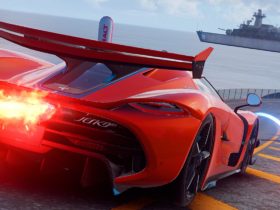 Crazy about racing? These 5 iOS games are undoubtedly worth your time!

Every time publisher Take Two tells something about the sales figures of GTA 5 and Red Dead Redemption 2, it’s actually bizarre how successful those games are. The former is one of the biggest games ever. In comparison, the second title is much smaller, but still an unprecedented success.

Worldwide, GTA 5 is said to have reached the 160 million sales mark by now. This makes it the second best-selling game ever. That title is still in the name of Minecraft with 238 million copies sold.

It should be noted that with Minecraft all titles are counted. So also the games released on smartphones and tablets. These are with a few euros a lot cheaper than GTA 5. That said, the latter game has also been released regularly for two tens for a few years now. That way, gamers could have easily bought it for a second time because the original version broke. And Red Dead Redemption 2 is also doing well. The latest figures show that the game has now sold 43 million copies.

Congratulations to everyone who worked on this game! pic.twitter.com/TIPxWh7aGd

Of course that’s nothing compared to GTA 5, but then that’s not fair to compare. You’d be better off comparing Red Dead Redemption 2 to other great titles. Think about Skyrim, for example. And then the 43 million does turn out to be impressive. Skyrim has sold “only” 30 million times in ten years with all its releases. With this result, the game from Rockstar Games is now among the ten best-selling games ever. Incidentally, it remains to be seen whether it will stay there for long. Animal Crossing: New Horizons is reasonably close behind the game with 37.6 million copies sold.

With these results, GTA 5 and Red Dead Redemption 2 also leave behind other big names. Think of Call of Duty: Modern Warfare, Diablo 3 and The Witcher 3 all with around 30 million copies sold. Want to read more about gaming? Then visit our overview page here.