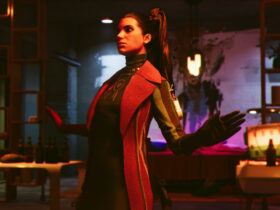 One of the biggest games now in development is Horizon: Forbidden West. Although we see the game primarily as a title for the PlayStation 5, it will also be released on the PlayStation 4.

And from that PlayStation 4, images have now leaked. A version of Horizon: Forbidden West has apparently appeared that some have managed to get their hands on. Unfortunately, this is not the first time a game has leaked in this way.

Previously, this happened to Sony with The Last of Us Part II. Then, too, a version of the game was leaked. Because the story for that game is enormously important, the developer was afraid that all that would end up on the street. That eventually happened and as a gamer you had to see that you managed to avoid those spoilers. Whether that will happen with Horizon: Forbidden West remains to be seen. Sony is working hard to close the leak. Still, you can find images of the game on Twitter fairly easily now. The tweet below is a good example.

Now these are pretty bad images of the game and you can’t really see very well what the game will eventually look like on the PlayStation 4. I am particularly curious about moving images. In the past there have been many games that also came out on the old consoles and just didn’t look good. Hopefully this will not be the case with Horizon: Forbidden West. The game is still a long way off. Starting February 18, you can play it loose. Also on the PlayStation 5.