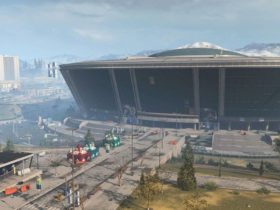 Call Of Duty: Warzone won’t get Verdansk folder back due to technical problem

Aspyr Media is running into problems with the remake of Star Wars: Knights of the Old Republic. In fact, according to Bloomberg, it’s so bad that the game has been postponed indefinitely. Mark explains to you what’s going on and gives examples of games that didn’t make it in this kind of situation.

Star Wars: Knights of the Old Republic is on hiatus. The game that I was so incredibly looking forward to is going to be delayed indefinitely. Of course, there’s always a chance that it will be okay, but it always makes you think. There were more games like this that seemed incredibly cool, but ultimately never saw the light of day.

Star Wars: Knights of the Republic is a classic RPG that, through a remake, was finally going to be given a new look. The studio that was going to do the job is Aspyr Media a company that has previously moved games like Star Wars: The Force Unleashed and Star Wars: Racers to other consoles. Unfortunately, however, this is also the party that is now running into problems. 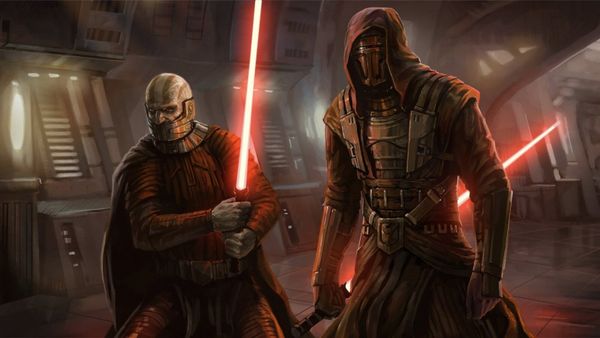 Are we ever going to see KOTOR again? (Image: Aspyr)

According to Bloomberg, Aspyr has fired two big names within the Star Wars: Knights of the Old Republic project. Director Jason Minor and Design Director Brad Prince have been fired.

The reason is unknown at this time, but confirmation we do have. Both Minor and Prince can be found on LinkedIn as job seekers and are no longer employees of Aspyr Media.

According to sources, the company’s bosses immediately shot into a meeting with the team members and informed them of the developments. In doing so, it was also reportedly immediately mentioned that Star Wars: Knights of the Old Republic is a project that will be put on hold for the time being. When this cabinet will be pulled up again does not seem to have been made clear in that conversation. 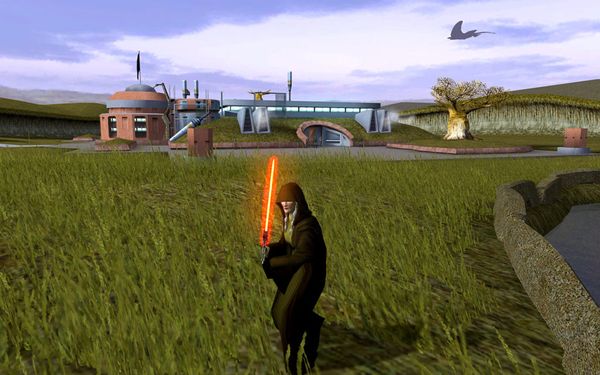 The original Knights of the Old Republic (Image: Droidgamers)

In these games, things didn’t work out

You would expect that a game like Star Wars: Knights of the Old Republic would eventually see the light of day. The hype surrounding the game is great so this almost has to be a temporary issue, right? Unfortunately, that’s not quite the case.

There have been a lot of games in the past that people were incredibly excited about, but ultimately didn’t see the light of day. No idea what I’m talking about? A few examples:

Kojima Productions announced the new game Silent Hills in 2012, much to the satisfaction of fans. The ninth game in the series featured The Walking Dead actor Norman Reedus and director Guillermo del Toro. This was bound to be an incredibly cool game, but unfortunately in 2015 the hard news came out: Silent Hills would never see the light of day.

To this day, gamers are still hoping for a small comeback. For example, it is rumored that the project will still be picked up as a PlayStation 5 exclusive. However, there is no certainty.

Star Wars: Knights of the Old Republic was a huge success. For that matter, so was the game Star Wars 1313. Despite the hype, the latter open world game never appeared.

The single player game was full of person driven experiences, impressive motion captures and lots of cool references to the beloved franchise.

In 2013, a trailer at E3 managed to create incredible hype, but unfortunately that’s the only success the game has known.

Star Wars 1313 had all the makings of the perfect game, but after the acquisition of LucasArts, Disney almost immediately closed the game division. Over 150 employees were out on the street and two major titles were dropped.

Scalebound is a unique one in this list. Where the previous two games had to rely on the success of the franchise, this title stands entirely on its own. When during E3 of 2014 the game was first announced, it received an incredible response. Cool dragons, third-person gameplay and numerous options to customize your character: an ideal RPG is what Scalebound was meant to be.

Unfortunately, things remained quiet around the game for a long time, and in 2017 it was unfortunately clear that the game would never appear. According to producer JP Kellams, the reason was… “It’s something that’s nobody’s business.” Ouch…

Want to know more about the tough world of the game industry where games get cancelled and people have to put in what is known as crunch time? Then read the excellent book Blood, Sweat and Pixels by game journalist Jason Schreier. It will make you scratch your head if you want to work in the game industry.