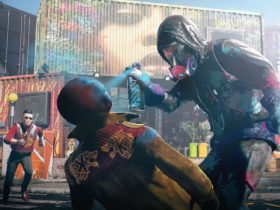 The Xbox Game Pass comes with a lot of fine games to play. For a fee of €12.99 per month, including an Xbox Gold subscription, you’re all set. But there is always room for improvement.

On Reddit, the list of new titles has already leaked out. Spoiler: people with a Game Pass will be spoiled again in the coming period.

Xbox Game Pass: These titles you can expect

Like streaming services like Netflix, the Xbox Game Pass also has to deal with fluctuating offerings. Sometimes some titles go away, other times they are added. So one time you may have to deal with a big disappointment, where the other time you jump in the air with joy. As far as we are concerned, the coming period will mainly be the latter.

Thanks to an observant Reddit user, we know more about the Xbox Game Pass’ upcoming games. We already knew that Rainbow Six Extraction and Hitman: Trilogy would be released in January. Just like it was announced earlier today that Daganronpa: Trigger Happy Havoc Anniversary Edition would be coming to the platform.

What we just didn’t know yet is what else the Xbox Game Pass would have to offer. For example, we see that Death’s Door, Windjammer 2, Nobody Saves the World, Pupperazzi and Taiko no Tasujin: The Drum Master! also appear on the service this month. At least, if you’re using the console version, because PC heroes will also be treated to Rainbow Six Siege: Deluxe Edition. 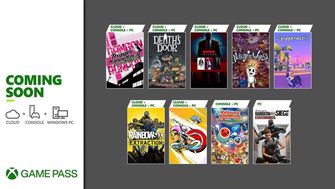 With the addition of new titles, Microsoft, for the umpteenth month in a row, is again going like fire. We’re not even done with Forza Horizon 5 and Halo: Infinite, for example. Let alone with November games like GTA: San Andreas – The Definitive Edition, It Takes Two and Football Manager 2022, we’re done.

In doing so, it was announced earlier today that Microsoft has also acquired Activision Blizzard. In addition to Bethesda’s popular titles, titles like Call of Duty, Diablo and Overwatch are coming to the Xbox Game Pass.

All in all, Xbox Game Pass is starting to become a better and better deal. This while the service was already one big party. Of course we understand that you might not be able to see the forest for the trees anymore. That’s why we have some useful tips for you.

In the article above you can see which shooters are best to play on the service. Through this link you can check the best horror games!