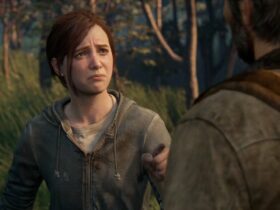 Stadia was a promising idea, but Google went down hard

Nintendo recently came out with the news that it is going to close the eShop on old game consoles. As of March 2023 it will no longer be possible to get games through the eShop on the Nintendo 3DS and Wii U. The first game console in particular was a great success. The handheld brought a lot of great games, including games that you can score through the digital store.

So since you’ll be able to get more games on the Nintendo 3DS eShop starting next year, it’s good to take a look at what you’ll be missing. In general, the most important games for the handheld can be scored physically. Especially the games from Nintendo itself are the toppers here. Yet there are a few nice games. These five titles are certainly worth a look today.

Nintendo 3DS games that will soon be lost

The Binding of Isaac: Rebirth

The Binding of Isaac: Rebirth is one of the first roguelike-like games released by a small studio. In a sort of series of Zelda-like dungeons, danger is constantly lurking and you never know how long you will survive. A game that has appeared on multiple platforms. The advantage of this version on the Nintendo 3DS is that you can easily play it anytime, anywhere.

With Rusty’s Real Deal Baseball, Nintendo started experimenting with games that use microtransactions. You can get into various mini-games, but you have to buy them. Fortunately, you can score various coupons in the game that give you a discount. It’s a little strange, but the mini-games are a lot of fun.

Like The Binding of Isaac, Shovel Knight is a delightful indie game. With a bit of 8-bit like graphics you are presented with a fine platform and action game. So this game can also be scored on different platforms, but perhaps fits best on the Nintendo 3DS. The game shows that you can deliver a fine title without too many impressive graphics.

SteamWorld Dig is another one of those gems that you shouldn’t miss and is ideal to play on the Nintendo 3DS. It is a game where you have to dig in caves. In doing so, you are looking for treasures to improve yourself. But along the way you also have to deal with various enemies and be constantly on your guard. A game that is easy to get into, but eventually becomes quite tough.

BoxBoxBoy on the Nintendo 3DS

The last game we want to include in this is BoxBoxBoy. It is a simple puzzle and platform game. The main character has the ability to make blocks and you can use those to progress through the game. It’s a simple concept, but it works very cleverly and makes for a really entertaining game to play. Score it before the plug is pulled on the Nintendo 3DS eShop.

So with that comes an end to digital games for the Nintendo 3DS. Fortunately, these days you can go wild with the Nintendo Switch.