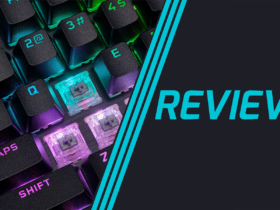 When it comes to addictive games, there aren’t many consoles with a catalog like that of the Nintendo Switch. In fact, the game console has the most addictive titles of all time.

With sequels Splatoon 3 and Bayonetta 3 on the way, it’s probably only going to get harder to put down your Joy-Cons this summer. But we’ll have to wait a little longer for those delicious games. In the meantime, you’ll have more than enough gaming fun with other addictive Nintendo Switch titles.

Everyone knows the Nintendo Switch has some great titles, but when it comes to pure addiction, these are the best games to pick up. From Mario Kart 8 Deluxe to Stardew Valley, there’s plenty of variety for every kind of player.

For a realistic racing experience, Mario Kart 8 is not the place to be. But that’s also not important at all with this game. The arcade-like fun and delightful characters make the game great to play. No Nintendo Switch game does this better than Mario Kart 8 Deluxe, which by the way also has better controls than any Mario Kart game before it. In addition, the great tracks and endless item boxes ensure that every race is full of drama and chaos, making it the perfect game to play with friends.

2. Kirby and the Forgotten land

One of Nintendo’s most recognizable characters, Kirby, is ready for a new adventure. Kirby and the Forgotten land is a full 3D platforming sensation. The Nintendo Switch game took everything that is great about the series and made it even better. As the title suggests, the world of this new game consists of the ruins of a former civilization. Environments like an abandoned shopping mall are a perfect backdrop for lively platforming action. With eight worlds full of fun levels that have endless replay value, Kirby and the Forgotten Land is a fantastic continuation of the joyful series.

When the improved version of one of the best relaxing video games finally came to Switch last year, fans from all over the world were thrilled. Although Tetris’ block-stacking formula has been around for decades, Tetris Effect proves that there are still ways to refresh the game. Using colors, lighting and effects, the game creates a kaleidoscopic feel that perfectly matches the euphoric soundtrack. Tetris Effect is much more than a game: the Nintendo Switch game provides an experience you just won’t want to say goodbye to.

Until Splatoon 3 comes out, its predecessor remains one of the most addictive titles on the Nintendo Switch. Splatoon 2’s colorful style immediately stands out and makes the game still look fresh (even though it’s been around for almost five years). The single player experience is the perfect way to get into the game. However, the vast array of multiplayer combat modes is what makes Splatoon 2 so engaging. Before you’ve mastered all the techniques, you’re hours away.

Animal Crossing: New Horizons gives players more options than any other Animal Crossing. What starts out as a deserted island, you can shape and decorate entirely to your liking. As a player, you start with just a tent, a phone and a large pile of debt. Slowly, together with other residents, you build up the island to your liking. What makes the Nintendo Switch game so great is that as a player you can do everything at your own pace. There are plenty of tasks, but you choose which ones get more priority. This freedom makes the game immensely addictive.

Fast-paced action is usually the key to an extremely addictive game, but titles like Stardew Valley prove there’s another way to get players hopelessly addicted. Stardew Valley gives you the task of renovating a run-down farmhouse. Although there is plenty to do outside the farm, Stardew Valley is primarily a game about working slowly toward goals. As such, you spend more time on the game than you think.

Bayonetta 3 comes out this year, so this is the perfect time to play the second game again. Thanks to non-stop action, sophisticated gunplay and special (feint) moves, Bayonetta 2’s battles are incredibly challenging. Moreover, the game is full of absurd and over-the-top moments that look better than ever on the Nintendo Switch. Hack-and-slash games are not for everyone, but for those who can appreciate the genre, Bayonetta 2 is highly recommended.

Everyone knows the addictive effects of fighting games. Super Smash Bros. Ultimate continues to dominate the genre. The tight battles and fun characters, including some of the greatest icons in gaming ever, contribute to delicious gameplay. The strength of the Nintendo Switch game is that the battles always provide thrills, but remain simple to play. For serious players, there is also plenty of challenge. In fact, there are plenty of techniques involved to defeat strong fighters.

Monster Hunter Rise is one of the very best games in the Monster Hunter series. With stunning visuals and a beautiful soundtrack, the game is breathtaking. The Nintendo Switch game says goodbye to annoying grinds and focuses on creating fast and engaging battles with the best monsters in the series. With two DLCs already released and more on the way, there’s more than enough to tease out.

With Super Mario Odyssey and Super Mario Maker 2, the Nintendo Switch already had the best platform games the series has ever known. Last year, a third title was added with Super Mario 3D World + Bowser’s Fury. The game is an expanded version of the Wii U game that was released in 2013. With more content than ever, this title is indispensable entertainment for every kind of player.