Do you think the screen of the Nintendo Switch is too small? Then the company Up-Switch has the accessory for you: the giant Orion. This is an 11.6-inch dock screen, which means you can play games on a much larger display when you’re on the go. Or just at home of course, so you don’t have to fight over who gets to use the TV.

You have to dig deep into your pockets, but then you have something. Or not, because discussions with partner or roommate or family are now a thing of the past. The Orion, as the accessory is called, costs $299.99 (about three hundred euros) and can be ordered via the manufacturer’s website. And yes, you can just park your Joy-Cons on the sides. 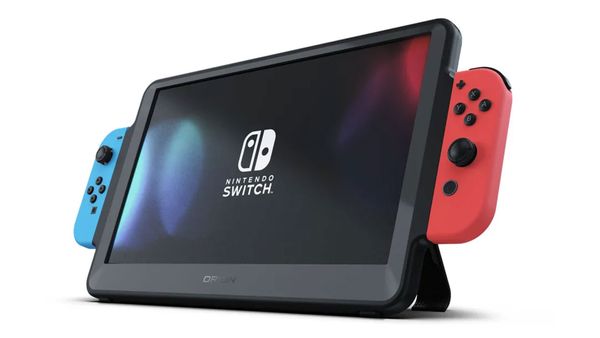 Nintendo Switch with a giant screen

So how exactly does this work? Well, the Orion has an opening on the back with a USB-C port, into which you click the Nintendo Switch. On the back you will also find a kickstand, so you do not have to constantly hold the giant. There are also speakers and there is even an HDMI connection.

So you can even connect another game computer to it, if you really want to. Otherwise it is a handy gadget for a device that streams content, such as a Google Chromecast or Nvidia Shield TV. Think of this as a kind of large tablet, offering rails for the Nintendo Switch controllers. 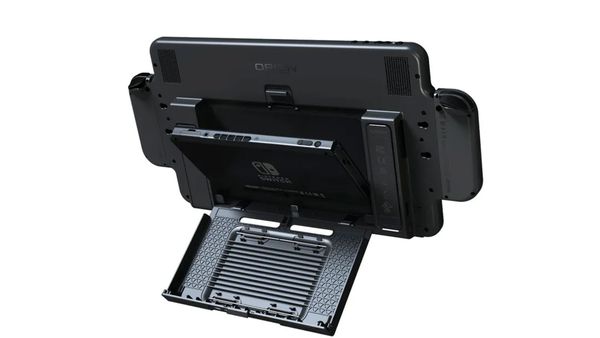 The back of the Orion (Image: Up-Switch)

Sounds totally super, of course, such an Orion. But whether it is really portable? In any case, the accessory weighs just over 680 grams; and that’s excluding the weight of the Switch and its controllers. You probably won’t be able to play comfortably, so it’s a good thing it has a built-in kickstand.

Oh yeah, and if you want to game with this on the go, take a big power bank with you. Because there’s no battery in this portable screen. Otherwise, you can just use a USB-C charger (the one from the Nintendo Switch) to power it. And yes, in case you’re wondering, the picture quality is to die for.