Would the Wii have been such a huge success without the addition of Wii Sports? I doubt it. That game was the reason for many casual gamers to get the console in their homes. Using the remote to play a nice game of tennis was fun. With Nintendo Switch Sports, Nintendo wants to repeat that success, but on the Switch.

The idea of Nintendo Switch Sports is basically the same as it was back in the day with Wii Sports. You pick up the controller, in this case the Joy-Con, and by moving it you have the opportunity to play different sports. There are six sports in the game and later this year you will get Golf to download. These are the points that struck me.

Tennis remains the most fun

With Wii Sports it was Tennis that was the most fun and you can say the same with Nintendo Switch Sports. You always play in a double variant, controlling either the two players at the same time or 1 of the 2 if you want to go wild with four. Running is automatic. The main thing is to time your hitting well. And you have the ability to give some effects to your strokes. Think of slice and top spin by moving your wrist with the stroke in a certain way. Or surprise your opponent by playing a lob. But then you run the risk of getting a smash around your ears and thus losing the point. 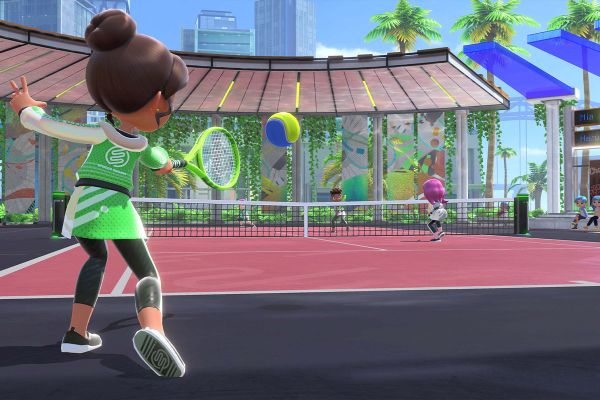 The other sports may be there in Nintendo Switch Sports as well. Classic bowling is back. In this mode, you have the option to try out special challenges. With these, you place obstacles on the lane and must try to bowl around them. Badminton is a sport that on paper resembles tennis, but in practice plays differently and is a nice change. Soccer is a mode, where you can shoot with your leg if you want. But it’s also an option to just hold the Joy-Con in your hand for other challenges. Volleyball is fairly self-explanatory. Finally, you have Chanbara. This is a type of sword fighting. The beauty of this is that wild swinging is punished. So you have to time it right to beat your opponent. 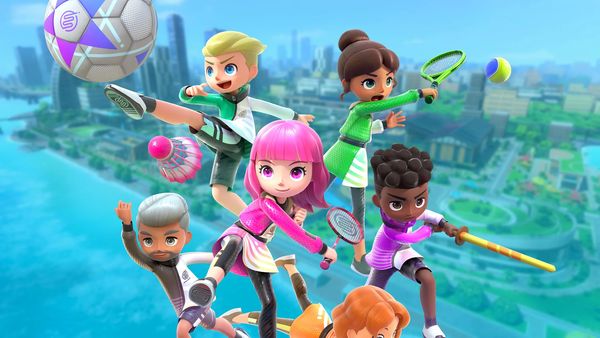 Reasonable control with the Joy-Con

The big difference that Nintendo Switch Sports brings over Wii Sports is, of course, the Joy-Con. The movements you perform with it transfer to the game a lot better. Where with Wii Sports you were really just kind of mashing around, with this game you have more control. The things you do with the Joy-Con, are really well translated. Particularly in tennis, you can see that. It’s pretty good to place the ball in the right way and to give it effect.

But what remains is the accessibility. Nintendo Switch Sports brings the wonderful casual experience. Anyone who takes the controller in their hand can play it. It’s really super obvious. It’s also true that the game quickly explains the controls before the games you play. This really makes it a game for young and old. The same magic that the classic on the Wii had. 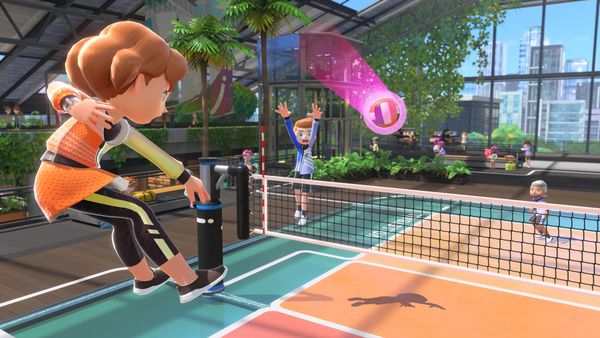 Anyone can play this (Image: Nintendo)

Boring quickly on your own

In many ways, Nintendo Switch Sports is the same as Wii Sports. As such, the game has the same problem. On your own, it’s not all that fun. The magic of the game is really in playing together. Only then you have online options, but that doesn’t provide the same satisfaction. You want to interact with others. The fun you have when you hit a ball that your friend can’t get back and then rub it in. That’s when the game is at its best. Kicking ass on your own while looking at a screen quickly feels cheesy. 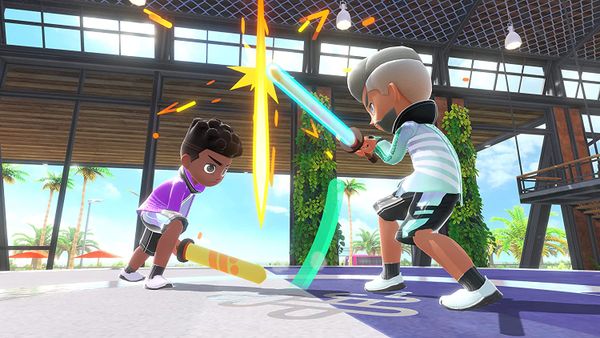 You want to do this with others (Image: Nintendo)

Nintendo Switch Sports will be available on April 29. If you want to go play it, you can score it here. Want to read more about gaming? Then visit our overview page here.