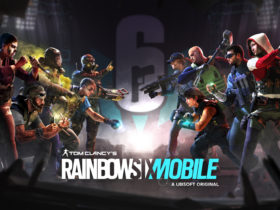 This week there is a lot of love for Final Fantasy VII. This is because it has been 25 years since the game was released. As a result, you’ll find many posts on the Twitter channel marking that anniversary.

And Final Fantasy VII is still alive and well after 25 years. Two years ago the excellent Remake came out and since last year you can get started with the multiplayer shooter The First Soldier. And later this year Ever Crisis is due to appear.

Final Fantasy VII: Ever Crisis is a free-to-play game that was announced last year. Back then, we already saw this fine trailer. It is a game that is in development for the smartphone and thus will eventually come out for iOS and Android. In doing so, we currently know that it tells the story of the original game and basically all other title around the universe, but with a new visual style. So that also means that you will get the storyline of Crisis Core incorporated into the game. We also know that it will be a free-to-play game with in-app purchases. That would mean that you can buy different episodes or that you buy boosts to get stronger faster. So a lot is still unclear about the game, but to celebrate the 25th anniversary we have now been shown the opening video. This was done in the Japanese livestream of the anniversary.

There’s not much context about this Final Fantasy VII: Ever Crisis. We seem to see a couple of SOLDIER soldiers in a helicopter flying somewhere. In the context of the game, I would personally think of Wutai, but that’s a guess. It’s a little hard to place this in the rest of what’s been shown of the game. But it gives me the idea that the game should be more than just the retelling with improved graphics of the old title.

So we’ll have to wait a little longer for Final Fantasy VII: Ever Crisis and the answer to the question of what exactly the game is. Until then, you can go wild with the Remake, whose review we have here.