We regularly write about Pokémon. Whether it’s the games or the cards. And a while ago we wrote a story about someone who had applied for coronasteun for his business, but ended up buying something else with it.

You can read that article back here in peace. It was about an American person who had applied for a loan with the corona funds. But he ended up using that money to buy an expensive Pokémon card. And that was not the intention.

And now there is a verdict in the case. The person who bought the Pokémon card with the corona money will receive a prison sentence of 36 months, or three years. This was brought out by Polygon, among others. The man had claimed $85,000 through the fund because he said he had a small business. That money was then to be used to pay the wages of his employees. But the man’s plans were different. He bought a first-edition, shadowless holograhpic Charizard card for the sum of $57,789. And that was not what he intended. 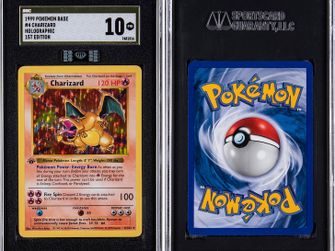 So under the heading of forgery, he has now been convicted. In addition to his jail sentence, he must repay the amount of the loan and a $10,000 fine. He is said to have stated that he is turning in the card. Whether it will then be sold remains to be seen. By the way, a similar card was sold in December. Whether this is the card of the man who was convicted is not known. If it is not, then the government now has a Pokémon card in their possession.

A lot of money goes into the world of Pokémon cards. Recently, another record was set. One card was sold for a whopping $900,000. You can read more about that here.