Ghostwire Tokyo is the new game from Tango Gameworks. This studio you know from games like The Evil Within. With the new game you once again have to deal with supernatural forces. This time you find yourself in the Japanese capital. One day it all goes wrong there and just about everyone disappears into the fog. You are an exception. You are one Akito and must find out exactly what happened and fix things. In doing so, you are extra motivated by the fact that one of the missing persons is your beloved.

There wasn’t a whole lot wrong with the presentation of Ghostwire Tokyo. But it was really just a piece of gameplay without any context. With in-game Japanese voice overs, we saw how Akito, right after the event that caused all the chaos in Tokyo, has to figure out what happened. Akito is assisted by a spirit that has entered him. This one is called KK and gives you the ability to understand the world around you and also to beat the different spirits off you. 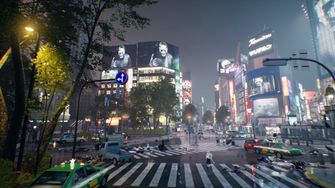 A world that is empty (Image: Bethesda)

Despite the fact that the setting of Ghostwire Tokyo is creepy, the game seems to be action-packed in terms of gameplay. You use various attacks and when you have weakened the enemies, then you can grab their Core and pull it out of the enemy. It is accompanied by many gestures of your hands. With that, the game is a bit reminiscent of what Dr. Strange does in the various Marvel movies. And that’s a bit where the presentation is difficult to follow. If you play the game yourself, then you understand what you’re doing. But seeing it and seeing many wild hand movements after which enemies are defeated, that’s kind of chaotic to follow.

So on that level, I don’t really know if Ghostwire Tokyo will be worth playing soon. What I’m more pleased about, though, is that there are many different things to do. You have clear main missions, but outside of those there are various points that you visit. For example, you can visit the local supermarket where a spirit in the form of a cat sells you stuff. With that you can heal yourself after the heated battle and thus stay alive. 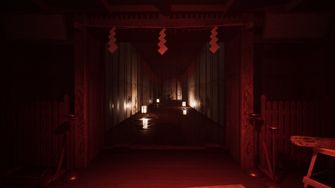 On to the rooftops

There are also opportunities to travel to the rooftops of Tokyo with a grappling hook. Sometimes to absorb spirits there and save them from destruction, while other times you have to be there to defeat some kind of boss and thus advance in the story. In this way, the city becomes just a little bit bigger. It looks very good in Ghostwire Tokyo. There are many familiar places from the city that have been well recreated in the game and despite the fact that everyone from the city has disappeared, the whole atmosphere comes over very well. 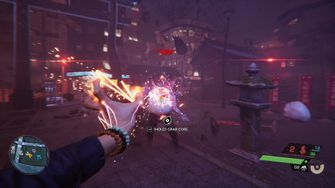 Example of the action (Image: Bethesda)

So in that respect, there are a lot of elements that make Ghostwire Tokyo an interesting game. But at the same time this presentation was so rough, that it’s also hard to imagine how the game feels when you actually play it yourself. We won’t have to wait very long for the game. It is scheduled for release on March 25 and will be released on PC and PlayStation 5. Want to read more about gaming? Visit our overview page here.