With Rainbow Six Siege, Ubisoft has had gold on its hands for years. The game series is perfect for eSports and has many fans. If competitive is not quite your thing, Rainbow Six Extraction might be more your thing. This is a game that is meant to be played with two of your friends and then together take on an alien invasion. An added benefit is that the game is on the Xbox Game Pass, making it easier to invite your friends. There is also a buddy pass when you come the game that allows you to temporarily give friends the ability to battle with you.

Because as is often the case with these types of games, Rainbow Six Extraction really comes into its own when you play it together with friends. That way you can really discuss and tactically work together. And because you’re doing it all against the computer, it’s just a bit more relaxed than when you’re playing against other people and you’re afraid of being shot at every corner you turn. These are the points that struck me.

Playing together is top notch

For almost any cooperative shooter, it’s more fun when you play it with your friends. That’s certainly the case for Rainbow Six Extraction. It’s a game that has a lot of tactical possibilities and where you’re a lot more effective if you work well together. This works best with friends. It’s easier to say what the problem is and how it should be solved. And when you’re in trouble and you really need help, then it’s a small celebration when your fellow players are on time to save you. Or when you simply succeed in completing the mission after an exciting ending. As mentioned, the game is part of the Xbox Game Pass, so if you have an Xbox, it is easy to play with your friends. But in addition to that, you also have a buddy pass to invite friends with. 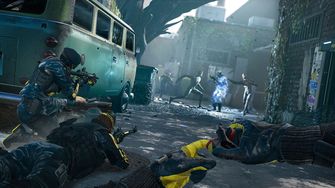 Working together to defeat the enemies (Image: Ubisoft)

One of the strongest elements contained in Rainbow Six Extraction is without a doubt found in the weapons. The shooting mechanics seem to come straight from Rainbow Six Siege and that game is also known for its good shooting system. The weapons with which you can go wild are extensive and it is possible to customize them to your own taste. And when you open fire on the aliens, the impact of the bullets is really very good. This makes you feel like you’re really doing a good job. Especially when you all successfully open fire simultaneously on an enemy and you manage to defeat it, the game is at its best. 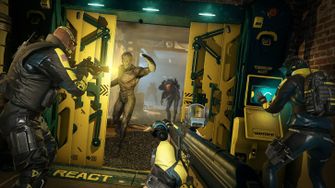 Blast when you have to (Image: Ubisoft)

Another cool element of Rainbow Six Extraction is that the game works with Operators you know from Rainbow Six Siege. And each Operator has its own special skill. Based on that, you can do certain things specifically. By making good use of that, you can really exploit an advantage. In addition, you can level up your Operators and eventually unlock new ones. In this way, the creator hopes that it is a game you will want to keep playing for a long time. 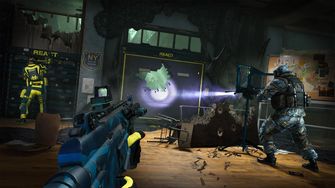 Everyone has their own advantage (Image: Ubisoft)

And it is precisely on this point that Rainbow Six Extraction is somewhat disappointing. In the game you have many different types of objectives that you must complete. That should provide the variation. Yet you soon get the feeling of repetition. Many missions are similar and it takes a long time before you really unlock new things. So after a while you’ve really seen it. You miss the magic of Rainbow Six Siege, where each game is full of tension, because you do not know what your opponents will do. In this way, this is really a game that is especially suitable to try with your friends via the Xbox Game Pass. 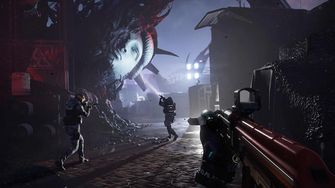 Rainbow Six Extraction is now available for the various platforms. If you wouldn’t want to get it via the Xbox Game Pass, you can score it on a regular basis here.