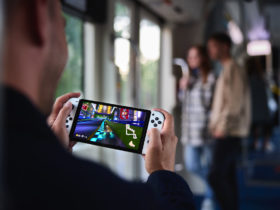 Nintendo Switch: these games will appear in March 2022

Mario is a character who is a jack of many trades. Besides his adventures in the various platform games, he likes some other activities. With Mario Strikers: Battle League Football, he will be playing soccer again.

Yesterday during the Nintendo Direct, Mario Strikers: Battle League Football was announced. In this soccer game, you play teams of five against five. In doing so, should you be someone who likes to play with other gamers, it’s good to know that you can play with as many as eight players simultaneously on one system. Then you do it with four players in a team. It is also possible to start playing the game online. There it is possible to join a club. That sounds a bit like a guild and has the space for 20 players. Check out the trailer of the game below.

In terms of gameplay, Mario Strikers: Battle League Football is obviously a bit different from the average soccer game. Besides the difference in the size of the team, it is especially different in terms of gameplay. You can easily kick away your opponents to conquer the ball. Furthermore, you have various powerups to use. It is also possible to equip your characters with certain equipment prior to the match. This allows you to influence the statistics of your players. 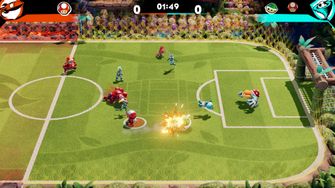 The game in action (Image: Nintendo)

By the way, you won’t have to wait very long for Mario Strikers: Battle League Football. The game is scheduled for release on June 10 and will, of course, be released exclusively on the Nintendo Switch. Want to read more about gaming? Visit our overview page here.