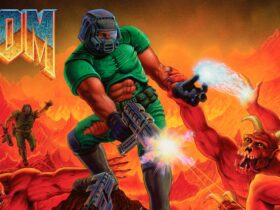 About a year and a half ago, the Xbox Series X hit the market. Since then, it has been fairly difficult to score the game console. While it’s not as bad as the PlayStation 5, you won’t be picking it up in stores overnight. During the Xbox Showcase, Starfield was finally revealed and as a result, it’s really time to get the game console.

Yes, Starfield is a game that can be played on the Xbox Series X as well as on, say, the PC. So if you have that, you play it on that. And you probably want to. Because this is the new game from the makers of the Skyrim series.

During the Xbox Showcase, after a year of teasing, gameplay was finally shown of Starfield. And from the first moment, the game has something of the Elder Scrolls games. You encounter all sorts of things and it’s up to you how you deal with them. Do you follow the path that the main mission outlines for you or do you just go your own way. It is also wise to collect enough materials along the way. You can use them later. For example, we saw how you can get iron out of the wall.

In terms of gameplay, Starfield is a bit more like Fallout than Skyrim. This is mainly due to the fact that you now shoot with different weapons. And of course you do not do that in Skyrim. Besides shooting enemies you are also busy looting the environment. In that area we saw, for example, how you could open a lock of a box through a minigame and thus get the weapon out.

Also a bit of Mass Effect

Besides the comparison with Skyrim and Fallout, you can also compare Starfield with a game like Mass Effect. That, in turn, has to do with the game’s futuristic sauce. It is not the game that impresses the most visually, but I never found that to be a problem in Bethesda’s other games. Just give me a big open world to explore and I’m sure things will be fine. The game will be released in 2023.