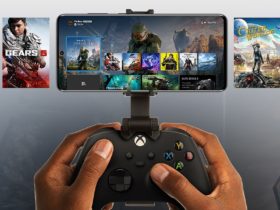 A new year means another bunch of new new games coming out. Which ones you should really keep an eye on tells WANT editor and gaming enthusiast Jeroen Kraak. He shares with you his favorite games for this new year.

The most promising games of 2023

A large number of new games are coming out in 2023. Some of them are postponed games from 2022, but there are also a few new ones in the list. Because I can’t choose I put them in random order. Here they come! Before people clamor for Hades 2; I would have loved to put that in, but it will only be Early Access in 2023. This list only includes full releases.

#1 The Legend of Zelda – Tears of the Kingdom

Zelda, of course, cannot be left out of this list. We have been waiting for the latest installment for quite some time now, and 2023 finally seems to be the year when we will actually get to see it.

Breath of The Wild set a new standard for open world games in that you had to figure everything out on your own. Something that gives you an awful lot of freedom. Tears of the Kingdom continues on the same footing. But now it gets even better. In fact, part of it also takes place in the sky. The hype is huge.

May 12, the new Zelda should be in stores for Nintendo Switch.

Another delayed game. This time an Xbox Exclusive. Starfield is made by the same studio as The Elder Scrolls and Fallout, so this bodes well. It is the first new universe in 25 years of Bethesda.

This RPG is set in an incredibly large galaxy full of adventures. There is 20 years of peace after a war and there is unrest between the different factions. It is up to you to resolve this

The last Bethesda games were nothing special, but if the studio can live up to expectations this will be different. More than 1,000 planets are said to be in this game. The game should come out in the first half of 2023 on Xbox Series S/X and PC.

As a Harry Potter fan, I am very much looking forward to Hogwarts Legacy. This game is set in and around Hogwarts, which means the possibilities are endless. The big question is whether the game studio can live up to expectations, as it does not have a lot of experience with such a large game.

The game is not set in the Harry Potter or Fantastic Beasts era. You experience the Hogwarts of the late 19th century. Your character holds the key to an ancient secret that threatens to tear the wizarding world apart.

You’ll know how that ends on Feb. 10. That’s when the new game will be released on PlayStation 5, Xbox Series X/S and PC.

Spider-Man 2 is simply a guarantee of success. The first game was great and its little successor Spider Man: Miles Morales was also a hit. The gameplay was so incredibly smooth and the story was top notch as well. This one could just easily match the Marvel movies.

So we expect a lot from the new PlayStation 5 game. With even better graphics and an equally good story, this will just be another success. Insomniac Games has already proven that.

When to release Spider-Man 2 should come out sometime this fall.

EA and Star Wars were not a very good combination in recent years. The games were quite disappointing. That changed with Star Wars Jedi: Fallen Order. What a great action RPG that was! An independent Star Wars game with a good story and great gameplay.

Star Wars Jedi: Survivor is set 5 years after the events of the first game. As in the previous game, Jedi Cal Kestis takes on the Empire. He must do everything he can to stay alive. And don’t be afraid! His cute droid is also back in the game.

We won’t have to wait really long, as this game will be released on March 17 on PlayStation 5, Xbox Series X/S and Windows.

Actually, this is a bit of a cheat, as I am actually advocating for both Final Fantasy XVI and Final Fantasy VII Rebirth in this spot. Whereas the makers of XVI promise that this will be the most powerful game yet on the PlayStation 5, VII is, of course, the long-awaited sequel to Remake.

Making a good remake of a game is tricky. Either you shortchange the story, or you have nothing new to offer. Square Enix, however, did it the way it should be done. The story was rock solid with change here and there. It was a delight for both the familiar fan and a new player.

Final Fantasy VII Rebirth will be released sometime around the 2023 holiday season. Fortunately, XVI will appear earlier. Both are coming out only on PlayStation 5 for now.

Forspoken is really a dark horse for me that could quite surprise, if only because of the names behind the game. For example, a number of writers from the Uncharted series are responsible for the story. Moreover, many games in this list are sequels of existing games, while Forspoken is an entirely new IP.

In Forspoken, protagonist Frey is transported from modern-day New York to the magical and mythical world of Athia. There she experiences all sorts of special abilities to find a way home. Oh yeah, and she’s a cat lover. Then things should work out anyway, right?

You can try Forspoken very soon. Starting January 24, you can play the game on PlayStation 5 and PC.