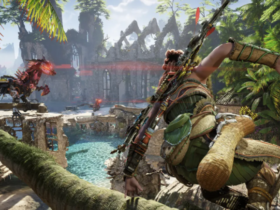 This trick will get you Horizon Forbidden West cheaper

As a fan of Pokémon, you have some pretty great times. Late last year we had a fine remake of an old game, and early this year with Legends: Arceus we saw a completely new way for you to explore the world.

Following on from that, this year we get a completely new adventure in the series in the form of Pokémon Scarlet and Violet. This one builds on the foundation that Legends: Arceus laid. We’re looking forward to that. Still, we’ve become at least as excited by this fan-made project.

Pokémon in retro style is cool

This is about a fan who took inspiration from Ken Sugimori’s art. That art was used to create the first Pokémon game and features, among other things, the well-known “chubby” Pikachu. Since then, much has changed in the world and Pikachu now looks a lot slimmer and more active. Still, the video below shows that such a retro approach to the game can work quite well. In a cool visual style, we see how a trainer walks through the initial area of the game. There, in addition to Pikachu, he finds, for example, a Weedle and a Caterpie. There is also another trainer who probably wants to do battle with his Bug variants.

Of course, the chances that this will end up being a Pokémon game are slim. Nintendo probably wants to move forward with the series and that includes a more modern look. Still, we can’t suppress our enthusiasm when we see something like the video above.

Should you find that Pokémon video cool, it is recommended that you visit the account anyway. There you will find even more fanart from the games of yesteryear and it is a little treat to scroll through the timeline.