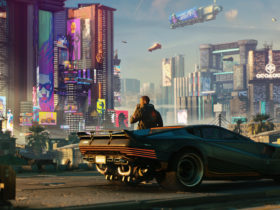 Looking at the release schedule for the PlayStation 5, we see some absolute top games there in the coming months. Think Horizon: Forbidden West and Gran Turismo 7. But what’s coming next?

That’s the big question. And with that, there have been rumors for a while about the release of The Last of Us on the PlayStation 5. This was going to be a remake. And now a well-known insider suggests that that release may be closer than we first thought.

PlayStation 5 remake for The Last of Us

It’s all about Tom Henderson, who does throw rumors about gaming into the world and is regularly correct. This time, he states that he understands from various sources that the remake of The Last of Us is nearing completion and will be released on the PlayStation 5 in the second half of 2022. This would then be the third time the game has been released. The original was released in 2013 on the PlayStation 3. After that release, the game came out as a remaster on the PlayStation 4 a year later. And now it would be a true remake.

Where a remaster often improves on the existing graphics, a remake tackles the whole thing a lot more thoroughly. That way, the game can really look like a recent PlayStation 5 game. And hopefully The Last of Part II will get a remaster for the console not long after, so you can start playing both games that way on the latest console. Recently, developer Naughty Dog indicated that it was working on multiple projects. So that could indicate that they are working on such a remake. But at the same time, it could also refer to a multiplayer experience based on The Last of Us Part II. That’s something that has been talked about a lot in the past as well.

Another good reason to release a remake of The Last of Us on the PlayStation 5 would have to do with the HBO series of the series. This is currently in development and may be released later this year.