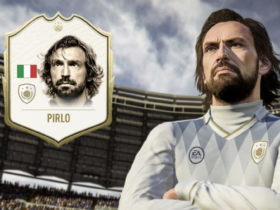 I am a big fan of the Borderlands series. The second part in particular was legendary. Borderlands 3 built on that and was slightly better in many ways. That game then got some cool expansions. But that story is now finished. If you are a fan of those games, then Tiny Tina’s Wonderland is definitely a game for you

In Tiny Tina’s Wonderland is played like a tabletop game. A bit Dungeons of Dragons-like, where Tiny Tina is the game master. The story is distributed in this way from above with commentary here and there from the various players. You are one of the heroes who is put into the game and therefore experience a great story. One that takes place in Tina’s fantasy world. That world still gives you the ability to go wild with various weapons, but variants that have a bit of a medieval knight feel to them. Recently I had the opportunity to play with a preview version of the game. These are the points that struck me.

So Tiny Tina’s Wonderland takes you into a fantasy world of Tiny Tina. It is one that is a nice variation on the futuristic robot world from the main Borderlands series. In this game you will encounter more animals and enemies that fit a fantasy setting. The weapons are also slightly different. You now have a standard physical weapon such as a sword or a baton. Delivering a physical blow has become more important. Furthermore, the weapons are more based on medieval weaponry, but mixed with how it goes in Borderlands. 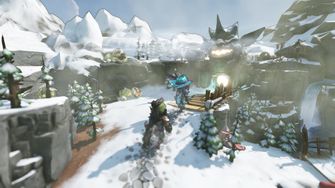 Humor in the story

Humor is something that has always been present in the Borderlands series. That humor returns in Tiny Tina’s Wonderland as well. And maybe it works a little better now. This is because it’s played as a tabletop game, then. So the players’ comments go into the rules as Tiny Tina lays them out or what’s happening in the story. It’s not like you’re going to be laughing on the floor, but the game does regularly put a slight smile on the face. 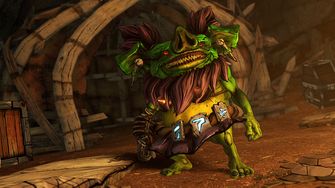 If you’re used to Borderlands, then Tiny Tina’s Wonderland feels very recognizable. You make use of different kinds of weapons. Variants based on pistols, machine guns, shotguns and snipers. In addition, you also have a physical weapon to go loose with. You also collect XP by making kills and completing quests. By leveling up, you unlock skill points and can thus activate certain skills. You also have special attacks that you can use and then via a cooldown not use for a while. 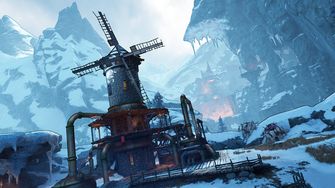 A world to blast through (Image: 2K Games)

Tiny Tina’s Wonderland has another point where the game is reminiscent of Borderlands. Just like in that game series, you are constantly looking for loot. When you manage to defeat a strong enemy, you can count on a lot of loot. New weapons or gear will make you better able to defeat strong enemies. In addition, it is often fun to discover new weapons and see if they suit you.

Waiting to see which way it goes

I really had fun with Tiny Tina’s Wonderland and as a fan of Borderlands, this is a game I can appreciate. Still, I wonder how long this is going to be fun. In the preview version I was dropped somewhere in the middle of the game. My character already had some skills that were filled out and the weapons I had to work with I didn’t really have a good feeling about. I think that when I play the game from the beginning, I have more of a connection with my character and know better what to do. Also, the main mission as presented was fun, but also felt a bit loose. So in that regard, I really hope that when I play the game from the beginning, there is more in it than there is now.

It’s going to be a while before you can get loose with Tiny Tina’s Wonderland yourself. The game is scheduled for release on March 25 and will then be released on just about every platform.