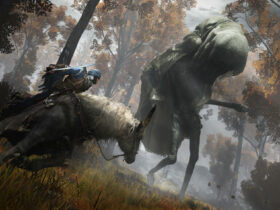 WANT Awards 2022: the 3 best games according to editor Jeroen Kraak

World of Warcraft is an MMORPG originally released in 2004. In the Netherlands we have been playing the game since 2005. Back then you needed a good PC, but nowadays the game runs on just about every platform. Isn’t it time for a version for iOS or Android?

It could be. Because during the presentation of the new quarterly figures, Blizzard Entertainment revealed that it has plans to release a Warcraft title on smartphones that run on iOS and Android. So that could mean we’ll soon be able to play the MMORPG on the go.

World of Warcraft coming to iOS and Android?

At the same time, we also have to be honest and immediately question a World of Warcraft experience on iOS and Android. Indeed, there is no mention of that game. It would be a new Warcraft content for the smartphone. There would also be content for a franchise that is already on the market, which could indicate new content for WoW in the form of a new expansion. There could also be reference to new content for Hearthstone. 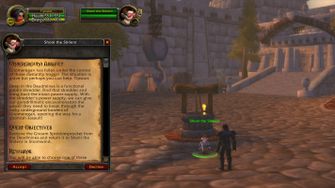 This soon to be on your smartphone? (Image: Blizzard)

It seems more likely to me that the developer will do something with the traditional Warcraft. Before the release of WoW, it was a series that was released as a strategy game and was very successful in that area. However, the last time we got the strategy version was in a remake a few years ago and it was not well received. So it remains to be seen whether Blizzard Entertainment feels like re-releasing a strategy game for iOS and Android one more time.

It’s kind of remarkable that Blizzard Entertainment has plans to release a game like Warcraft to iOS and Android. In 2018, for example, it announced Diablo Immortal. That was supposed to be a Diablo experience on your mobile. But the game still hasn’t been released and it remains to be seen if it will.