June is seized upon worldwide as Pride month. During this month, there is an extra focus on the LGBTQIA+ community. This is of course something that has attention all year round, but this month just a little bit more. Xbox is also doing its part.

Because to draw attention to the LGBTQIA+ community during this Pride month, Xbox has decided to issue a special controller and more. On their own website, the company let it be known.

By the way, the new controller being released for Pride is not available in the Netherlands. It is namely released under the Xbox Design Lab. And that is not open in the Netherlands. If you go to the website, it says that this will happen soon, but I think that is a message that is already there for a very long time. So as far as that is concerned, you are dependent on import possibilities. For the markets where the Design Lab is available, you have the option to select this LGBTQIA+ skin. It will be possible to order the controller starting June 9. 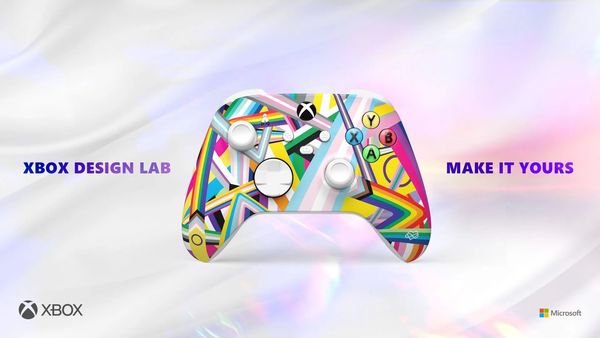 Got enough Xbox controllers in your house already? Then there’s even more good news. In the month of June it is possible to play the game Tell Me Why completely free of charge. This game came out a few years ago and is a fun narrative game. This game was specifically chosen because one of the main characters in the game is transgender and is portrayed in a very nice way in the game. In addition, it is simply a game that is very good in terms of story.

We are also seeing a focus on Pride month in other Xbox games. For example, in Halo Infinite you can get a special emblem to display in your Tag. In games like Forza Horizon 4, Forza Horizon 5 and Forza Motorsport 7, you get a 2009 Pagani Zonda Cinque Roadster with a special rainbow skin.