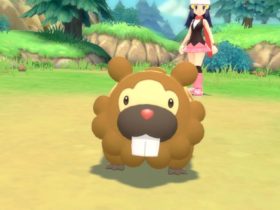 The Xbox Game Pass has a lot to offer gamers. For €12.99 per month you not only get the opportunity to play online games, but you also play games from the huge selection. But which ones are really worth it?

In this article we focus mainly on the gamers who love shooters. It doesn’t matter what the story is exactly: if you can shoot you are probably happy. But if it then comes with a nice and good story, then that’s only a bonus. Right?

The Xbox Game Pass is full of shooters, but which ones are the best? In our opinion, the five below are worth playing, at least for once.

Good. Just the introduction of Halo: Infinite makes me super satisfied with the purchase of my Xbox Game Pass. Don’t get me wrong either, the new installment in the Halo franchise is a delight on many levels. The gripping story manages to bring out the qualities of the Xbox Series S and Series X perfectly. In any case, the game plays away wonderfully. Anyway, who am I? Our Godfather of the Dutch gaming industry Jelle can explain it to you much better. Read his review below:

Back in 2005, a game called Destroy All Humans! It wasn’t an immediate gigantic success, but it eventually grew into a true cult classic. So the fact that developer Black Forest Games released a remake in 2020 was an ultimate treat for many gamers.

As far as we’re concerned, the game doesn’t have to rely on its grandiose story, but it does offer incredible fun. On Xbox Game Pass, it’s just there to be pulled in and played, so why leave it?

In 2019, Remedy Entertainment, the same developer behind Max Payne and Alan Wake, built a game called Control. It showed, as the psychological thriller and third-person shooter borrowed many elements from the first two. The game was received quite well, received a few awards and is anno 2022 without a doubt a big recommendation for anyone with an Xbox Game Pass.

Well, DOOM. What should we really say about it. This iconic shooter from 1993 can without a doubt be called a must-play. The game shaped the gaming industry and put the shooter genre on the map. That many people choose to get Doom Eternal in via Xbox Game Pass is understandable in terms of appearance. But in terms of gameplay, it doesn’t come close to the real thing.

In that regard, it’s blissful that the original is playable through the service. There will be plenty of gamers who have never given the iconic game a chance. As far as that goes, you’re in for a fantastic experience. 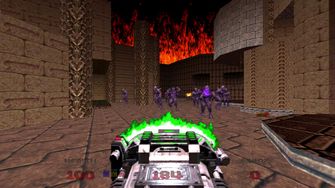 Thanks to the partnership with Bethesda Softworks, it is possible to play Prey on the Xbox Game Pass. The game faced high expectations due to the fact that it was seen as the unofficial successor to System Shock. In the end, it was indeed something different, but no less good because of it. Because Prey was a delightful combination between a shooter and an RPG, many people were able to enjoy the impressive story.

Therefore, there is no doubt that Prey belongs to one of the shooters that everyone should play at least once.