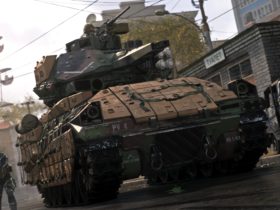 Call of Duty: Modern Warfare 2 pops up in remarkable way

Time is flying like crazy. September 2022 is almost upon us and has offered us incredible things. Although it seems to be anything but enough for Microsoft. The company is dropping another pleasant load of games for Xbox Game Pass in the last nine days.

In addition to the arrival of a PlayStation exclusive, available starting today, 9 more games appear on the service at the last minute of September. These are them.

As of today, two major titles are available on Xbox Game Pass. The first is Hardspace: Shipbreaker which is playable both on via the Cloud and on the Xbox Series S and X. This is a unique first-person space game that stands out mainly because of the beautiful graphics involved.

The second game we already expected, but as of today it is finally playable. It is about the game Deathloop, which was only available for the PlayStation consoles last year. An exclusive, in other words. You can not only buy the game on your Xbox Series S and Series X or PC, but also play it via Xbox Game Pass. Don’t have either platform at home? No worries, the game is also playable via the cloud.

What other games are coming out in September?

In addition to introducing the two titles you can play today, Microsoft is coming out with even more names this month. For example, the following eight games are also playable on Xbox Game Pass: