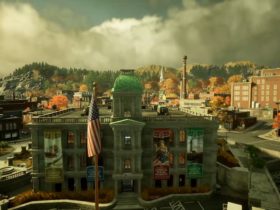 Redfall looks to be the perfect game to play together

The first Sonic the Hedgehog movie was really worth it as far as I’m concerned. And in a few weeks, a sequel to it will be released. Microsoft is now capitalizing on that with a special Xbox and a set of furry controllers

The new Xbox products won’t be in stores. Instead, Microsoft has partnered with filmmaker Paramount Pictures to host a contest around Sonic the Hedgehog 2. So that way you can have a chance to win the products.

The set consists of an Xbox Series S that has been given a slightly different look especially for the movie Sonic the Hedgehog 2. It is a black variant that features a gold ring. You can also see the characters Sonic and Knuckles from the film on the game console. This means that you have a truly unique copy in your home. It will not surprise us if we soon find it on something like eBay. 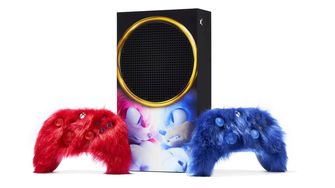 In addition to the special game console, this Sonic the Hedgehog 2 prize draw also gets you two special Xbox controllers. Microsoft describes them as Sonic Blue and Knuckles Red. Those are the colors of the products, but that’s not what stands out the most. No, these controllers are furry. That way, you get the idea that you’re petting the cute characters while you play your favorite game. Whether that will work fine in the long run is just really the question. I can’t imagine that these are controllers that stay neat for long. Before you start playing, you really need to disinfect your hands thoroughly every time.

Currently, you can already play some special Sonic the Hedgehog content in Minecraft. On April 5 there will be an update with certain DLC. This is to celebrate the release of the movie that way. Do you want a chance to win the Xbox yourself? Then visit Microsoft’s page here.