Do you have an Xbox Series X or S? If so, the games on your console already look great. Yet soon it can get even better.

The Xbox Series X is Microsoft’s flagship console. The console is the successor to the Xbox One and should compete with the PlayStation 5. Graphically, it is the best gaming console Microsoft has to offer, but it now gets even better.

The Xbox Series X and S will now support AMD FSR 2.0. This is the upscaling technology from chipmaker AMD, which lets you know about the innovation in a blog. This allows the resolution of games to go up and it is also possible to boost frame rates. In plain language it means that the image is better and also looks smoother.

The FSR technology is already a year old and so now comes version 2.0. With this, the resolution can be increased by an anti-aliasing technique. This technique allows for higher performance without the need for expensive hardware. Version 2.0 is much more efficient than the first version and delivers high stability. Something you as an Xbox user are obviously waiting for.

FSR 2.0 is already present on PCs. Big games like God of War and Flight Simulator are already using it. Now the Xbox Series X is the first console to support the technology. Which games will use it remains to be seen, but considering Flight Simulator and Grounded are owned by Microsoft and already available for Xbox, those two seem like certainties. 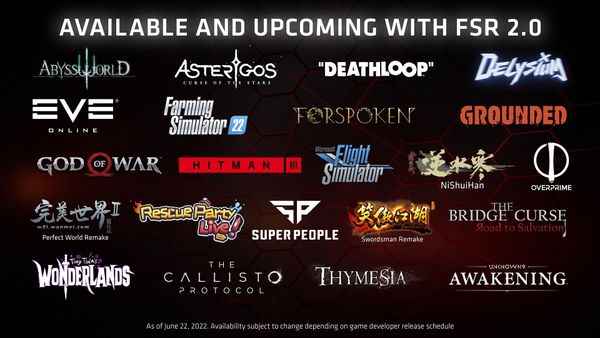 The big question is when games on the Xbox Series X and S will make use of it. The technology has now been added to the developer kit. According to AMD, there are already more than 110 games using or about to use FSR.