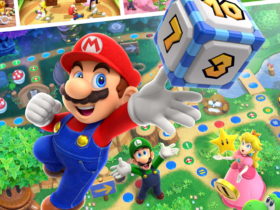 Discounts on many Nintendo Switch games thanks to Mario day

Beforehand, we expected gamers to go massively for the PlayStation 5. But because of the shortages and the fact that you have a huge story with the Xbox Game Pass, the Xbox Series X is also very successful. Last fall you could enjoy top games like Forza Horizon 5 and Halo Infinite. But there are also some things planned for 2022.

Where the PlayStation 5 immediately in February and March go wild with the big hits, the Xbox Series X does it a little quieter. It is mainly the fall when the party starts. Fortunately, you do have the Xbox Game Pass, with which you can regularly score games for free. Anyway, if we look a little ahead, these are five titles to be really happy with.

The first game in this list is one that is not scheduled for release until the summer of this year for the Xbox Series X: Redfall. The game was announced at E3 in 2021, so it is due out this year. It is being made by Arkane Studios’ Austin studio. That’s the developer that brought Prey to the market a few years ago. This game is set in the village of Redfall in the US State of Massachussetts. A plague of vampires has broken out there. It is up to the players to deal with it. You have four different types of characters to get to work with. The game can be played alone, but also cooperatively for four players. Ideal with the Xbox Game Pass. 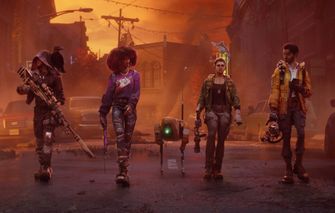 If there’s one game Microsoft wants to go bang with this year, it’s Starfield. It’s the new game from the studio that brought us Skyrim. Last year Bethesda was acquired by Microsoft and this year the company wants to reap the benefits. The game comes out exclusively for the PC and Xbox Series X, so if you want to play it, you really need Microsoft’s gaming console. The game takes you to the distant future where, a few years before you begin, a major war has broken out between the United Colonies and the Freestar Collective. As your self-created character, you must live a grand adventure in that world. Since the creators describe the game as Skyrim in Space, there is plenty to get excited about. 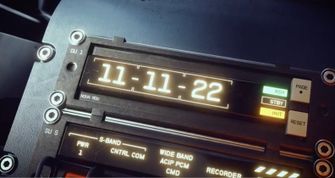 If you have more of a thing for Skyrim’s fantasy setting, then hopefully we’ll be able to get our hands on Avowed this year as well. This game was announced about two years ago, but since then it has been quiet around the title. We know that it will be a big RPG set in the fantasy world of Eora, where players can use medieval weaponry and magical powers. The game is being made by Obisidian Entertainment, who you know from Fallout: New Vegas, among others. Hopefully we’ll get to see more of it soon and a hard release date.

Then a game you probably haven’t heard much about, but might be an interesting title to play on the Xbox Series X this fall: Scorn. It’s a game made by a small Serbian developer, but has a lot of potential. It’s a horror game that takes place in some sort of alien setting. It all looks pretty creepy and that alone makes it a title to keep an eye on.

Replaced on the Xbox Series X

The latest game to look forward to on the Xbox Series X is also a title you may not have on your radar: Replaced. It’s a 2.5D retro platform game. It has a bit of a Super Nintendo-esque pixel style, but then again with modern lighting effects. The soundtrack is also nice and oldschool and good. It is the eighties, but just a little different. The cool style makes it a game that immediately grabbed me. There is no date yet, but the game is supposed to be released this year. Hopefully the game plays as well as it looks.