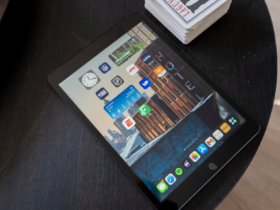 Recently, Apple presented the Studio Display, which is best used with a Mac. However, the screen exhibits an irritating problem. The Cupertino-based company is aware of reviewers’ complaints and promises to address them. So now it’s waiting for the software update to come out soon.

What exactly is going on? Well, the first reviews of the Studio Display are in. Many reviewers are enthusiastic about the image quality, but also all have the same complaint. Namely, the webcam performs very underwhelmingly. Some reviewers are calling the picture quality downright “terrible.”

Same complaints about the Studio Display

What was it like again? The Studio Display features a twelve megapixel sensor and A13 Bionic chipset. This would – in theory – allow you to take beautiful selfies or have great FaceTime conversations. Furthermore, the screen supports 5K resolution, as well as Dolby Atmos and Spatial Audio.

After telling Apple that my webcam was not performing as well as the 14-inch MacBook Pro, a 2-megapixel LG monitor and the iPhone 11, the company sent this statement: https://t.co/HLARGfr7ng pic.twitter.com/DlhPbuf8H2

Anyway, so that camera underperforms. For example, the Wall Street Journal writes that the system should be similar to the selfie camera on the iPhone 11 Pro. Nevertheless, photos look washed out and lack quite a bit of detail. There is a golden edge, though: frizzy hair is therefore less noticeable in the digital world.

Apple is aware of the complaints

In The Verge’s review, we encounter a similar story. With enough light, the camera quality is already poor. And when the amount of light decreases, it only gets worse. Photos also look incredibly grainy and you simply don’t expect that from such an Apple product.

But there is some hope on the horizon. Apple is aware of the complaints and informs both reviewers that improvements are coming in a future software update. However, the company did not immediately reveal which or what kind of improvements will be implemented by then.