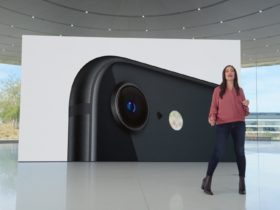 Do you have a subscription to Apple Arcade? Then this month it is possible to play a number of new fun games on your Apple devices. OMT editor Jeroen explains which titles they are.

Apple Arcade is Apple’s gaming service. For the amount of 4.99 euros per month you can play an unlimited number of games that are especially suitable for iPhones, iPads, Macs and the Apple TV. Currently, more than 200 games belong to the subscription, so there really is something for everyone.

Just like you’re used to with other services, such as Netflix, the offerings are updated regularly. Thus, games disappear, but also new ones are added. This month you can expect four new titles on the platform, including a well-known one.

Let’s start our list with a game that can truly be called a classic. The history of Bomberman goes way back. The first release dates back to 1983 and was then only playable on arcade machines.

For Apple Arcade, the game has been given a new look. Amazing Bomberman is the newest member of the family. Of course, you’re going to be doing exactly what you already expect: throwing bombs. Yet this time it’s a little different because the battles are to music and rhythm.

This title of the Apple Arcade game pretty much covers the bill: this game is about Tom, a cat that can talk. Actually, it is a kind of Tamagotchi, because you adopt a digital pet that you have to keep happy. It may not sound very exciting, but somehow it is addictive as hell. Whether you feel like it is a second thing….

Perhaps one of the games with the most beautiful name. If you have to say it 10 times in a row, it’s bound to go wrong. In this game – you’ll never guess – you get to work with a jetpack. With a gun you have to shoot down all opponents and get as far as possible. In this second part you have even better graphics and animations. It is the ideal game to play on your iPhone.

What immediately stands out about this Apple Arcade game is that the graphics look incredibly cute. In this game, you follow the journey of Kosmo: an awkward boy who wants to explore space and goes in search of his robot friend Nova. Due to a fatal accident, Nova has completely fallen apart and her parts are scattered all over the world. You must find them together in this point-and-click adventure game. This makes you think back to the 90’s.

While there was quite a bit of criticism around Apple Arcade in the beginning, the service is starting to emerge as a real must-have. In 2022 it is seen as one of the better options in the field of gaming and in that respect it directly competes with Xbox Game Pass and Google Stadia.

Wondering what other games are worth playing? We’ll tell you in the article below!