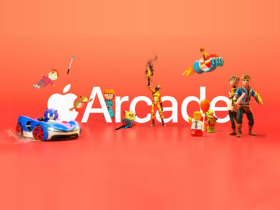 Apple Arcade in April: here’s what to expect this month

The Apple Car seems to be coming, but the big question is when. Suppliers are already preparing for its possible production.

There are many rumors about the Apple Car, but as with everything the tech company keeps its jaws firmly shut. Nevertheless, we regularly find out small things. Now South Korea’s DigiTimes brings out some news.

Who will build the Apple Car?

According to the report, Foxconn and Luxshare are preparing to produce the Apple Car. Of course, we know Foxconn primarily as a company that does the assembly of various Apple devices, but it can also assemble electric cars. Last year the company presented a software platform to bring cars to market faster. Luxshare in turn cooperates with the Chinese carmaker Chery to produce electric cars.

Still, according to DigiTimes, it is unlikely that Apple will immediately partner with these parties. According to the medium, Korean Hyundai and Canadian Magna are in pole position to produce the Apple Car. The two companies have the advantage because they have more experience in building cars. Moreover, both companies have been mentioned before.

Hope for Chinese companies after all

However, it may be that Apple will still call on Foxconn and Luxshare at a later date. This will then be mainly for the Apple Car for the Chinese market. According to the report, the cars for the US market should have South Korean batteries from LG, SK On or Samsung, while Apple’s Chinese car will use batteries from China’s CATL and BYD.

The big question, of course, is when the Apple Car will hit the market. Analysts are divided on the date. For example, Reuters assumes that we will see the car as early as 2024, while renowned Apple analyst Ming-Chi Kuo goes for a launch somewhere between 2025 and 2027.