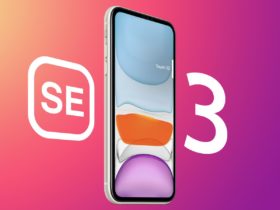 Apple may be redesigning iPhone SE as early as next year

Money. At Apple, they love it. If there’s one company that can go swimming in their money warehouse, it’s the Cupertino-based company. And CEO Tim Cook has a very net year in 2021.

Because Apple’s CEO Tim Cook brought in quite a bit of money in 2021. His salary “only” stands at three million dollars, but thanks to all the other income, he earns about 1400 times more than an average employee of the company.

Tim Cook has had a good year

According to research brought out by The Verge and others, Tim Cook has amassed $98.7 million in revenue in 2021. 3 million of that is his salary, followed by about 12 million dollars in incentives and about 82 million dollars in the value of shares and various expenses. By the latter you should think of the costs incurred for his private security and flight expenses. Apple does not allow its CEO to use commercial flights, so he does so on his private jet. And that costs something. The bottom line is this amount. 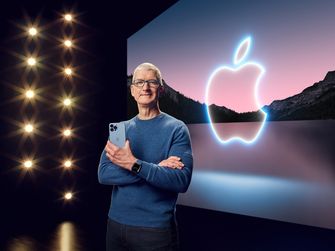 Cook with the iPhone 13 (Image: Apple)

Compared to 2020, then, Tim Cook scored well. Then, according to MacRumors, he would have earned “only” $14 million. In addition, he also owns about 750 million in shares that he received when he assumed the role of CEO at Apple. In that respect, he’s sitting pretty. Although he makes a lot, it is of course a pittance compared to what the company is worth today. The value of the Cupertino-based company has now passed the three trillion dollar mark. That’s $3,000 billion.

Not everything is going well

Although Apple under Tim Cook’s leadership is doing very well financially, there are also several problems. For example, there are employees who have come out and complained about the culture in the workplace. This is a problem that the company needs to address better.