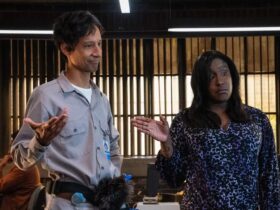 Apple TV ideal for gaming, but how does it score against the PS4?

The new year has only just begun and already the rumor machine seems to be running at full speed. Mark Gurman of Bloomberg has made himself heard in the new newsletter and states what he expects of the products that Apple will release this year.

And in doing so, he thinks the Apple Silicon transition may be completed before WWDC 2022. That means that all the new products that the company is going to bring to market will use the chip.

Apple Silicon for everything

Of course, Gurman expects us to start getting the usual updates from Apple in 2022. So that means updates to the iPhone, the iPad and the Apple Watch. There will also be several Macs on the market. And so those are all going to use the Silicon chip. It’s expected that that will be rolled out before WWDC 2022. From then on, no Macs with an Intel chip would be for sale. To achieve that, the company is still coming out with a new high-end Mac mini, an iMac Pro, a Mac Pro that uses a new design and uses a 40 CPU core and a 128 GPU Core.

Apple is reportedly going to announce the new iMac Pro and the new Mac mini as early as sometime in March or April. That would leave room for the Mac Pro at WWDC 2022 and complete its transition to the Silicon chip. Another announcement for this year would be the MacBook Air, which will use the M2 chip. However, this one is not going to bring a very big step, but is more like the step that the iPhone takes every year with a new model. It should be announced in the first half of the year.

Finally, Gurman expects Apple to come out with a new external screen. This should be an alternative to the current Pro Display XDR, which now costs about 5500 euros. The alternative would be half the price. Then you probably have slightly less good specifications, but that saves money.