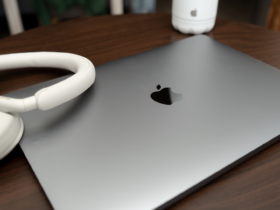 Buying a MacBook? These 5 models are extra cheap right now

Apple announced quite a few new products during Peek Performance, including a new Studio monitor. As a Windows user, however, you’re missing out.

One of the big announcements during Peek Performance was Apple’s new monitor: the Studio Display. This screen is 27 inches and has several interesting specs and features. These are ideal if you have an Apple computer, but also great to use if you use a Windows PC, for example. Yet you miss a number of interesting features that Mac users do have.

Windows users miss out on features

The Studio Display contains the Apple A13 chip. Apple previously used this for the iPhone 11, iPhone SE and iPads. This chip controls a number of functions of the monitor. However, the problem is that the functions that run on chip do not function on a Windows PC. As a result, if you’re using a Dell or HP, for example, you won’t have any use for it at all.

There are several features of the Studio Display that work with the A12 chip. These include Spatial Audio, Siri support and Central Stage. That last feature ensures that the webcam in the screen stays focused on you while moving, partly due to zoom. So these features don’t work, reports TechRadar. 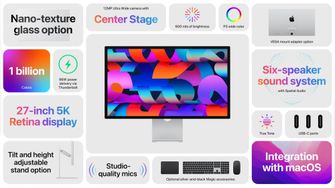 On a Windows computer, the Studio Display’s webcam does work, but it does nothing more than pass on the 5K image at 60Hz. Of course, despite those features, it’s still a good display, but you’re really a thief of your own wallet if you spend 1,779 euros with a Windows PC. For that money, you’d be better off looking for another option.

If you do have a Macbook or Mac then the Studio Display is an interesting option. It is a 5K screen with a resolution of 5120 by 2880 with a brightness of 600 nits. There are also six speakers in the screen, four woofers and two tweeters. Want to learn more about the Studio Display? Then check out this article!