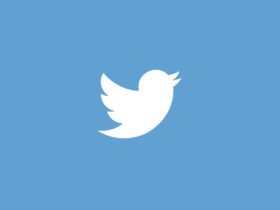 Twitter has clear (and potentially expensive) message for Elon Musk

Apple TV+ is the streaming service that doesn’t really rely on the amount of content, but when it releases something, it’s often good. In that respect, we are very much looking forward to the series Pachinko, of which the first trailer has now been released.

Pachinko is based on a successful book. It is a series set in South Korea, Japan and the United States and tells the story of a Korean family and what they experience in four generations. The series will be released soon on Apple TV+.

On March 25, you can watch the first three episodes of Pachinko on Apple TV+. After that, a new episode should come out every week. Eventually, the story will consist of eight episodes. In these, it revolves around a Korean family, starting with a forbidden love. The story takes place in the three countries mentioned above. The Korean language seems to be the most used, but Japanese and English are also spoken. The series is created by Soo Hugh, who was previously responsible for The Terror and The Killing. Watch the trailer below.

In terms of the actors, Youn Yuh Jung is probably the most famous name. She plays the role of the older version of Sunja in Pachinko on Apple TV+. She won the Oscar in 2020 as Best Supporting Actress in the Korean film Minari. This makes her the first Korean to win the award. Other roles include Soji Arai, Jin Ha, Inji Jeong, Minha Kim, Lee Minho, Kaho Minami, Steve Sanghyun Noh and Anna Sawai. So because it is a series set in different times, different actors and actresses play the roles of the same character. Just like in The Crown, for example, where there are steps in time.

As mentioned, Pachinko on Apple TV+ begins on March 25. The last episode should then be available on April 29. So after that, you’ll have to look for something new to watch again. If you like basketball, then this is a must watch.