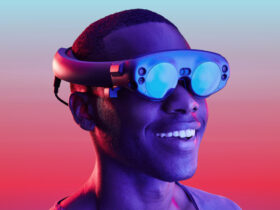 Apple wants AR and VR, but what exactly does this much talked about headset do?

Since media players, like the Apple TV, are sometimes suddenly behind the times, it’s nice to know that companies keep producing new versions. Sometimes there is no support for certain picture or sound technology (anymore) and then it’s convenient to just be able to buy something new. What about the successor to the Apple media player?

Well, if the latest rumors are to be believed, Apple is coming out with a brand new version of the Apple TV sometime next year. The nifty little device should start appearing sometime in the first half of 2024. However, Bloomberg can’t yet tell us when exactly – but at least we have a framework.

New Apple TV on the way?

Since you can’t do a whole lot of things with media players in terms of design, the appearance of the new Apple TV won’t be shaken up either. The device will get the same design. Whether anything will change in terms of connectors and the like we don’t know; so there could be a difference in that.

Furthermore, Bloomberg reports that the upcoming Apple TV may count on a new processor. Unfortunately, we do not yet know which processor is involved, so we will have to wait and see about that as well. Unfortunately, the chances are very slim that the chipset is intended for streaming 8K videos, but fortunately that quality is not yet the norm.

Products for in your smarthome

Some media devices can act as a kind of hub for your smarthome products. Think of Samsung’s televisions or Google’s smart display. But meanwhile, Apple itself is working on a similar device, combining Apple TV, a smart speaker and a FaceTime camera.

Unfortunately, we have seen very little information about that either. Apple seems to be having problems with the design of this product. Furthermore, Apple is also said to be working on a smart display, like the Amazon Echo Show or Google Nest Hub. That device could appear sometime next year.