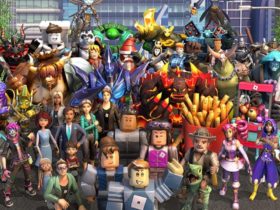 The big difference between the iPhone 14 and 14 Pro, which we wrote about earlier this week, is becoming a trend. At least, that’s what analyst Ming-Chi Kuo expects.

The reliable source thinks that Apple will continue to maintain a similar chipset difference in the coming years.

On Monday, it became clear that the gap between the new iPhone 14 and iPhone 14 Pro is larger than with the current model. This is due to the fact that only the Pro and Pro Max will be equipped with a new chipset. While these thus carry the A16 Bionic with them, the iPhone 14 and 14 Max will have to make do with the current A15 Bionic. A decision that Apple never made before.

However, according to Ming-Chi Kuo, this is not a one-time choice. According to insiders and sources, this is a trend that Apple will stick to in the coming years. So, for example, the American company will also provide the iPhone 15 with an older chipset as the iPhone 15 Pro. The former will thus run on this year’s A16 Bionic, where the latter will carry a new A17 Bionic chip.

Who is Ming-Chi Kuo?

Ming-Chi Kuo is an analyst at TF International Securities and also one of the most reliable sources on Apple and all its products. He doesn’t have a 100% score, but when Kuo says it, the information is at least to be taken seriously.

It sounds like a big thing at first. In terms of the decision, it is indeed a big change in Apple’s strategy, but whether you as a consumer will notice much of it remains to be seen. There is a good chance that the new A16 Bionic was only created to support the 48-megapixel camera of the iPhone 14 Pro. Given that the iPhone 14 doesn’t have that, it therefore seems a logical thought that it simply doesn’t need the extra processing power.

Curious about the whole story? Then be sure to read the article above.